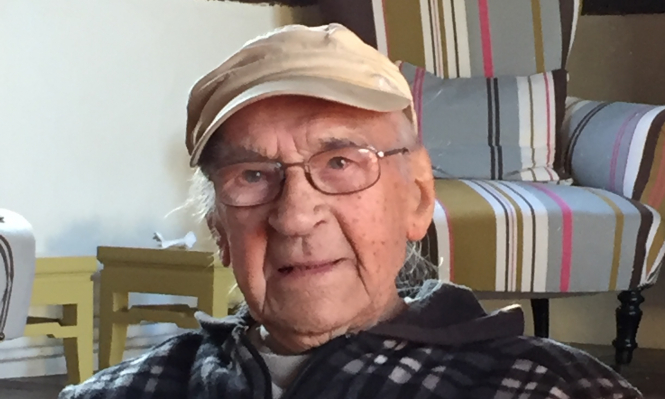 France has given D-Day veterans the medal for several years but on the 70th anniversary in June 2014 Pres­ident Hollande said he would extend it to all British veterans who helped liberate France (those taking part in military operations between 1944 and 1945).

Mr Jones, 95, who lives with his labrador Blackie in Le Theil-en-Auge, near Honfleur, Calvados, has lived in France for 25 years and was previously in the Pas-de-Calais area.

He said he was delighted to receive the medal for service with the 1st Oxford and Buck­inghamshire Light Infantry and then the Gordon Highlanders.

Now a Chevalier de la Légion d’Honneur, he said he received the medal in the post after his niece helped him contact the UK Ministry of Defence.

However, neighbour Alex­andre Templier told him there was a different procedure for non-French veterans in France. The Grande Chan­cellerie de la Légion has confirmed they should contact the French Min­istère des Affaires Etran­gères who pass details to the chancellerie for checks, then the file goes to the president.

Bob wrote a book on his time D-Day and Beyond – Nor­­mandy Calling and a new version, in French, is just out now on Amazon, 6 Juin, 1944 L’histoire de Deux Freres Britanniques (€10 Edilivres).

war
veteran
honour
More from Your News
More from Connexion