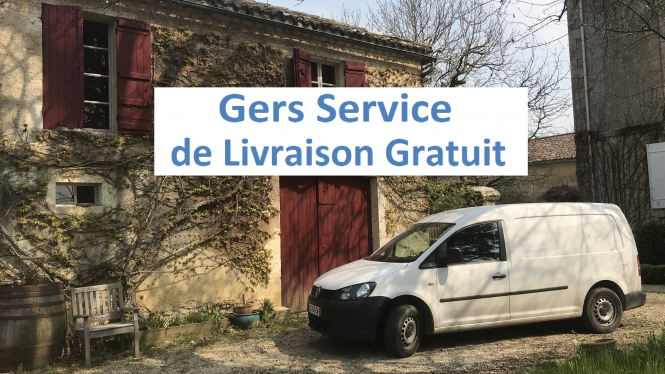 Retired university professor Colin Hargreaves, 69, from Beaumont says he can deliver in an area covering the south-west of Condom, which includes Beaumont, Montréal and Mouchan, but would like to get more drivers involved to cover the whole department.

He has created a website and Facebook page to help spread the word and has appeared in the local newspaper and on local radio.

He is at present on his own as his wife left to visit his four children and grandchildren in Australia before the confinement period.

He thought it would be a good idea to spend his time usefully by helping vulnerable people, many of whom live alone. He says his idea is to a simple free delivery service for the aged and sick and that drivers act purely as a delivery service.

The person who needs help would phone the driver to find out whether the service is available for them. If yes, the customer places an order with their shop and drivers pick up the shopping once they have been told by the shop it is ready and paid for, either by card or put on an account.

Drivers will knock on the shop door when they arrive and the shopping will be brought outside so the driver does not have to enter, or deal with any payment. They would have to produce proof of identity.

The driver would then take the shopping and leave it outside the person’s front door and knock to let them know it is there and stand back at least two metres to check the person has got their goods.

Mr Hargreaves says potential volunteers must be under 70 and should also check with their insurance company to make sure their journey is covered.

As well as carrying a form of identity, they would also have to tick the box on the confinement form which reads “Déplacements pour motif familial impérieux, pour l’assistance aux personnes vulnérables ou la garde d’enfants.”

He said: “Any help getting this off the ground would be greatly appreciated. For this to work, we desperately need volunteers.”

You can contact him by email at gerslivrer@gmail.com , phone 07 58 57 88 91 or look him up on his website gerslivrer.webs.com

He is working on a Facebook page and on his website which is likely to change soon to become gerslivrer.fr

help
confinement
delivery
More from Your News
More from Connexion