Fight to save Normandy lace school 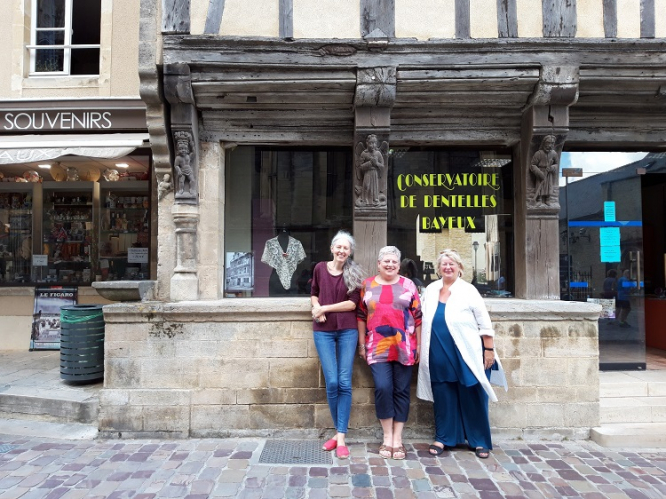 The Conservatoire de Dentelles Bayeux was created in the 1980s with a school, a mini-museum and a shop, where tourists can watch students at work.

One of its two teachers retired in June and since then it has been revealed that, despite a €29,000 annual grant from the mairie, the Conservatoire has debts of €30,000 and is facing closure.

Retired British policewoman and psychology teacher Michelle Morgan, who lives near the Calvados town, has been learning lace-making at the Conservatoire and is keen to keep it open. “It would be a very sad day if the institution had to close,” she said.

“Lace-making has been taught in this region for hundreds of years. I have given lots of ideas to help with marketing, such as printing information sheets in English for the hundreds of tourists who come. I also set up a GoFundMe crowdfunding site and raised nearly €2,000 in the first month.

“The story was in the local press and on France3 television.

“Some French people have told me they are amazed that a British person is trying to save a part of French heritage.”

In June, the Conservatoire was given six months to raise the necessary funds to continue and Ms Morgan said: “We have to continue fighting.

“A French lady has opened a second crowdfunding site and fellow British lace-maker Sally Byrne and I will be organising a lunch.

“There are many ways it could be run better if it was given a second chance.”