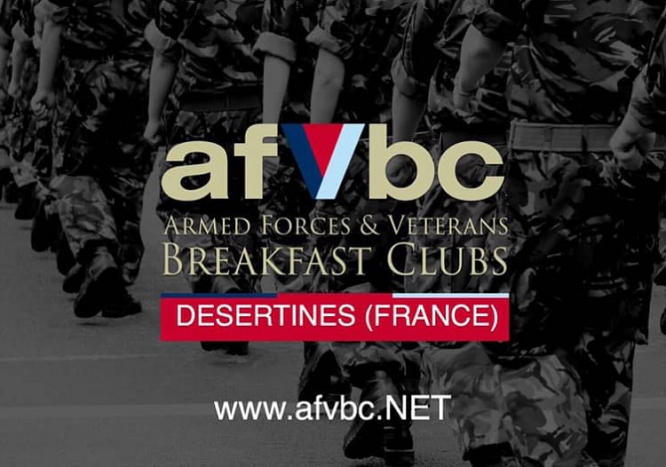 Andy Parkin said the club was set up to give anyone who had served in the military the opportunity to have breakfast together and meet up with like-minded people who have shared the same lifestyle and for whom civilian life can often be difficult to adapt to.

The club meets at Désertines, Mayenne, and there are no sign-up fees for the non-commercial enterprise.

“Far too many veterans are taking their lives, and suicide rates are high,” said Mr Parkin, who explained how the club came about.

“A few years ago, a couple of ex-soldiers got together for a ‘Fat Freddie Fry-up’ and swapped old stories.

“It proved to be a huge success in helping bring together both serving and ex-servicemen and women once a month. There are hundreds of breakfast clubs, mostly in the UK but also expat.”

The British Army promotes Veterans’ Breakfast Clubs in resettlement packs given to personnel on leaving, so they can find a place of familiarity and friendship on arrival in ‘Civvy Street’.

“Only those who have left the services actually know how lonely it can be and many turn to alcohol and other addictions to help deal with the transformation,” said Mr Parkin.

He is a firefighter in the UK but commutes to work from France.

He has organised the monthly Saturday morning club in The Red Lion in Désertines and in two months has attracted nearly 40 members.

“The pub serves a great breakfast for about €10 a head and we have a good time together,” said Mr Parkin. “I have extended the membership to include serving and former members of the emergency services.

“There are many of us in France and it is always good to get together.”

He has created a Facebook page so people from other parts of the country can join and will help anyone who wants to set up a veterans’ breakfast club in their area.