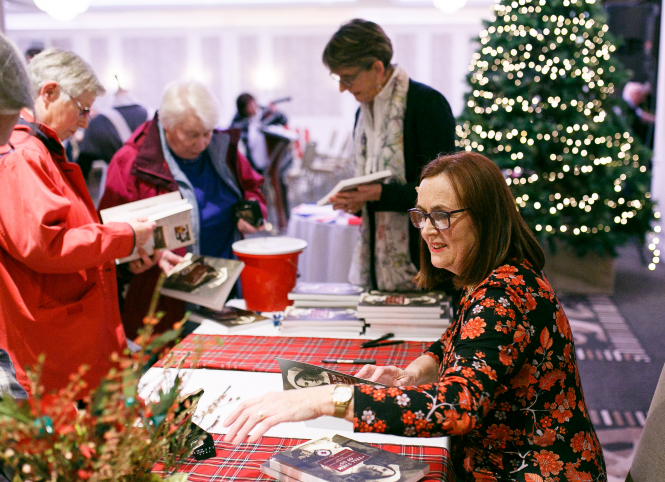 Author Claire McElhinney was inspired to write after discovering her grandmother was among the group.

She wanted to highlight women’s roles in the war as she says most of the stories from the time focused on fighting men.

She said: “I hope my book will help redress the balance, shedding new light on the story of pioneering women from Ulster and letting my grandmother Edith and her fellow volunteers have their voices heard 100 years on.”

Many young women in Ulster were already trained in first aid because they feared civil war. They volunteered as soon as the Great War broke out.

The UK declined their offer of help as it thought the war would soon be over. However, one of the women had contacts in France so, not wanting to give up, they applied to the French, who were short of nurses and said yes.

Their first 80-bed Ulster Volunteer Hospital was in Pau.

The women also cared for German soldiers at a nearby PoW camp. In 1916, they were moved to Lyon and looked after French soldiers returning from the battle of Verdun.

The hospital was funded by donations from Ulster but in 1917 it had to be disbanded.

Claire said of her grand-mother: “She died when I was two, and none of her family ever asked her about her time in France. She came back to be a farmer’s wife and had eight children. My uncle did tell me French homework was always easy because his mother helped him, but he never asked why she knew the language.”