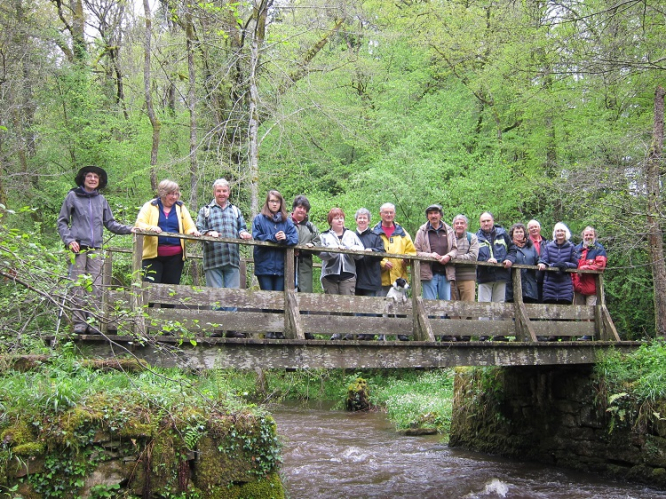 The Association Rencontres Franco-Britanniques has 140 members and aims to help British people resident in the communes around Bourganeuf in Creuse become integrated in local life.

This month it will be holding one of its annual events, a vide grenier (garage sale) on March 21, at the Salle Maurice Cauvin, Bourganeuf.

“It is of benefit to everyone and helps the two communities become closer.”

The association organises cultural visits. Last year they went to the historic village of Chambon-sur-Voueize, Creuse, and the horse-breeding centre at Arnac-Pompadour, Corrèze.

Several craft workshops are held each year, including pottery, scrapbooking, origami and enamelling.

A tearoom event, Irish dancing evenings, meals at restaurants, a summer picnic, a treasure hunt and a Christmas market involve all the local associations.

A page on the association’s website – francobrit.com– is dedicated to information about Brexit.

In a message, Mr Seraphin said Brexit had changed nothing. “Our friendship will remain and it is in these difficult times that our solidarity and mutual support comes into force.

“We are here to help in any way that we can for any difficulties that you may encounter after this drastic change.”

The association was set up by British couple Christine and Stephen Gee in January 2012. They have lived in the area for 18 years and Mrs Gee had been running French discussion groups for some time.

The tourist office contacted them because it had received several requests for language groups.

As a result, they organised an event, which attracted a lot of people, and they decided to set up an association, which was an immediate success.

“It is great,” says Mr Gee. “People remark that the level of integration here is very high. You can walk down the street and you will always meet someone you know to talk to.”

Association Rencontres Franco-Britaniques welcomes new members, who can go to two discussion groups free of charge before paying their annual subscription – €12 per person, or €22 per couple.

Have your group featured: The Connexion regularly features news and events from community groups all over France.

We would be pleased to publicise your association (non-commercial) – it’s a great way to bring in members and it is free! Email news@connexionfrance.com