Gardeners ready for spring and club 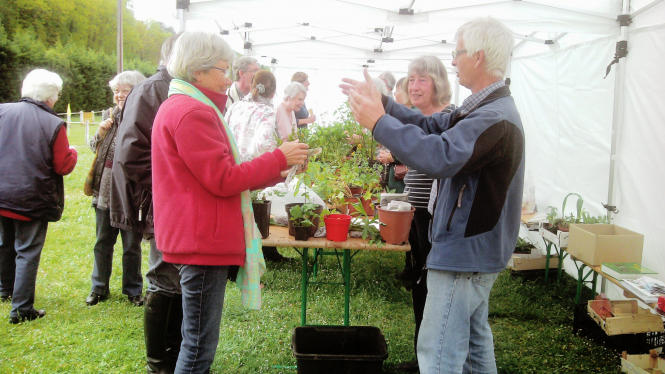 if you are interested in plants and want tips on what will grow well, it could be a good idea to join a gardening club.

That was what Sheila Weedon from Hautefort, Dordogne, and friends thought around five years ago when they were at a birthday party.

Walking round the garden, discussing the plants, they decided it would be good to do it on a regular basis.

As there was no club in the area, Mrs Weedon started one herself and now there are around 40 French, Dutch, American and British members at the Association de Jardinage Pays de Hautefort.

She said: “It was surprisingly easy. I happened to meet the deputy mayor about two weeks after the party and asked how the mairie would view it. He said they would be delighted.

“They have been really supportive and lend us a room in their premises for our gardening talks. Setting up an association was not as difficult as I thought it would be. All the information is on a government website and is quite straightforward.”

They started with a core group and the club has grown through word of mouth and posters round the area to now organising events outside winter.

Speakers talk on different subjects, usually on the first Tuesday evening of the month, there are workshops and they visit private and public gardens. Last year’s outings included a vineyard to taste the wine and see how the vines were grown, a permaculture garden, an organic garden and the willow plantation at St Viance.

The club supports Open Gardens/Jardins Ouverts, the scheme started by four British gardeners in Creuse in 2013 and which encourages people to open their gardens for charity. Mrs Weedon opens her garden.

Their annual Plant Troc in Haute­fort is on April 28 and is open to non-club members who take along a cutting or a plant and exchange it for something from someone else’s garden.

“The Plant Troc certainly gets everybody together. Belonging to a gardening club can be a great help as you can chat with people who have the same issues. Here you have to learn to cope with a different climate, different soil and there are different diseases and bugs we are not used to.”