Help beat deaths on the street 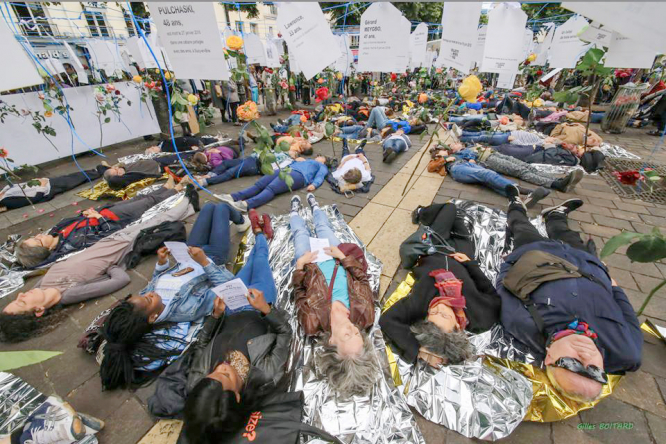 A very different charity in Paris is looking for new volunteers who can help in a wide variety of ways to remember those who have often died alone and prematurely after a life on the streets.

Collectif Les Morts de la Rue (mortsdelarue.org) works to make people aware that the average mortality rate of SDFs (sans domicile fixe, people without a home), is 49 for a man when for the rest of the population it is 79.

Each year it holds a ceremony where around 500 names are read out, poems are recited, people lie on the pavement and the names, some with a few details, are written on pieces of paper that flutter in the wind.

President Nicolas Clément said: “We have around 200 volunteers but also work as a collective with 40 associations including small, neighbourhood ones and national charities such as the Salvation Army.

As well as organising the memorial ceremony, the association aims to improve conditions so fewer people die, gathers the names of those who do die and, if they have family, get in touch to offer support. If no one can attend their funeral they will volunteer to do so.

Mr Clément said volunteers could contribute in many ways, especially as research showed there may be 3,000 deaths a year and not 500 as thought.