Life of a music agent moves to a different beat 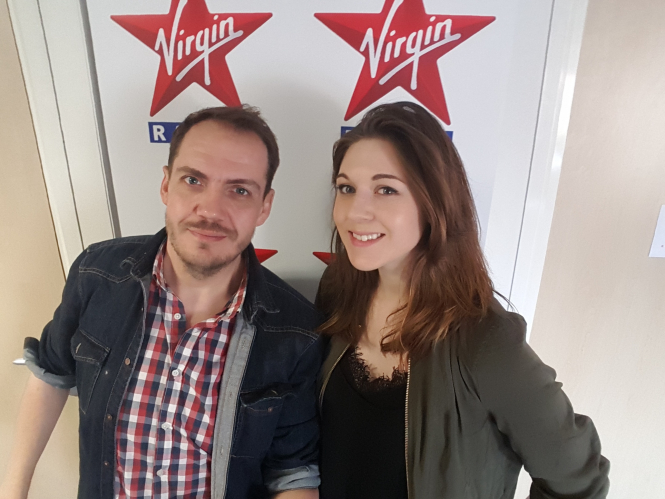 Describe what your job involves

I work as an agent for musical artists and a press officer – the bridge between the media and the artist. I also discover and work with up-and-coming talent, discovering and promoting new bands.

At the moment, one of the most notable artists I am working with are City Kay – a reggae band whose main singer comes from London. Their fourth album, Daystar, was number one in the reggae charts for three weeks. Last year, they played in some of the biggest French festivals, including the Printemps de Bourges and the Reggae Sun Ska (which had 80,000 people in attendance) and Trans Musicales in Rennes.

I am also currently working with Thomas Kahn, a young singer and folk-guitarist from Clermont-Ferrand, signed with Flower Coast records. He’s a very exciting artist, influenced by a combination of folk, reggae and blues music.

Finally, and am in the process of signing up another French group called Scarecrow – they are from Toulouse and produce hip-hop, blues music. While they are not yet well known in France, they have toured Europe, the USA and Canada and released an album in May 2015. They will also be travelling to Akin in the USA for the SXSW festival – a huge festival of contemporary music, so I’m very excited about the future for this band.

I am also part of the team running a Reggae Festival, which is now in its fourth year. It takes place in Indre and is called Issoudun Reggae Temple. Since I worked with the festival, numbers have increased – and in 2015, there were 3,000 entrants. The festival runs over three days, with artists this year including Clinton Fearon, Lyricaly and The Sunvizors, and is set to be a big hit.

This year we are also welcoming Lee Scratch Perry (82) who was Bob Marley’s producer, which is going to be incredible.

How did you end up doing it – was it planned?

Working in communication started out as a hobby – I was always interested in music, but began my career working in a different profession. Then, in 2009, I was offered the opportunity to host a small radio show on Radio Campus Tours. This led on to my presenting two daily shows, after which I became the producer and host of a programme called Live Session – this was broadcast in France, Belgium and Quebec for four years from 2010-2014.

During 2010, aged 27, I also had the opportunity to return to university to take a qualification in communication. Since then, I have worked on building my reputation, signing clients and networking with people in the industry. One of my first clients, Joffrey Deriaud, went on to found the reggae festival in 2012 and invited me to work with him on the second one in 2013. Since then, it has grown in popularity and has been a really exciting project.

Is this your first job?  If not, what did you do before?

I actually started out as a paramedic – driving an ambulance. I enjoyed helping people, but after starting my radio programme and working with artists, I realised that my skills and passion went in a different direction.

What attracted you to your current role?

I enjoy spending time with people, having daily contact with artists and journalists. It’s fascinating to exchange views with such a range of different people. And discovering new artists or giving a platform to someone with talent is an amazing feeling. It’s not something I necessarily set out to do, but something that I found I had a talent for and which developed along with my skills.

Now, I get to meet all kinds of different people, and listen to amazing live music on a regular basis. It’s really challenging but such good fun.

What qualifications or training did you need?

I have a Licence Professionnelle Communication et Commercialisation des Produits Culturels, issued by the University of Orléans in 2011. The course consisted of a year's training, which included four months of internship. I did my internship at a community radio station in Bourges. I was also able to have my experience taken into account for the qualification.

Where do you work?

I work in my office in Issoudun, Indre, most of the time, but also travel to interview, watch and meet new artists, so I travel throughout the country and across Europe at times. The variety, for me, is part of the appeal of the job.

What is your favourite part of the job?

I enjoy discovering a new artist or band and getting them recognised on a larger platform. There are so many talented musicians and artists out there, and it’s amazing to be able to give them opportunities to appear in the media, and promote themselves.

I also enjoy working on the festival, trying to increase its appeal and communicating with different artists and their agents. Seeing the festival grow in popularity from 1,650 entrants in its first year, to 3,000 in 2015 has been incredible, and I have high hopes for an even better turnout this year.

What is the hardest part of your job?

It can be hard working with lots of different people, with very different needs and demands, and keeping them all happy. There is also a lot of organisation involved, and people can change their schedules; you have to learn to work around this.

I also have to provide a good service, especially when I’m dealing with international artists – there is a lot of competition in the industry so I need to be at the top of my game and make sure I am doing the best job possible for those I represent.

What do your friends and family think about what you do?

My family are incredibly proud of everything I’ve achieved – they are amazed to see me working with world-famous artists and enjoying my work so much. They are always keen to hear what I’ve been up to and learn about some of the famous names I’m working with. Most of all, though, they are glad that I’m happy in my work and that things are going well for me.

As for my friends, many are in the same industry, as I’ve met them over the years through my work with artists and the festival, so it is not so unusual for them. But we all enjoy our work a great deal.

What’s your busiest time of year?

My workload changes quite a lot, but there isn’t a particular time of year when I’m busier. Obviously in November when the festival takes place can be quite hectic. But generally things change from week to week. One day I'll be in Paris for a concert; the next week I’ll be somewhere else. I always have a heavy workload, and I’m always overbooked, but I enjoy my work so that’s not a problem.

Although I’m in charge of my own workload to a certain extent, I also have to work around the schedules of different artists and, of course, when different concerts and festivals are taking place – so sometimes I can be very stretched both physically and mentally.

Do you have any plans for the future?

I want to continue to work with artists, expanding my business so that I co-ordinate and combine my work as an agent and a music journalist. I hope to be able to work across Europe with artists from all countries.

Regarding the artists I currently work with, I hope to grow their following and bring their music to a wider audience. It’s important to work with all platforms, TV, live shows and the internet to really get artists noticed.

With the reggae festival, working with the rest of the team, I hope to continue to grow the audience and attract an even wider range of international artists.

Is it well paid?

Depending on which role I am working on, I am able to make a good living. Being self-employed, the money I earn varies. However, for me, it’s more important to love my work and enjoy what I’m doing. There is a lot of competition in the music industry, so there’s always a buzz, and I’m always busy.  For me, listening to and discovering new artists is the main motivation for my work.