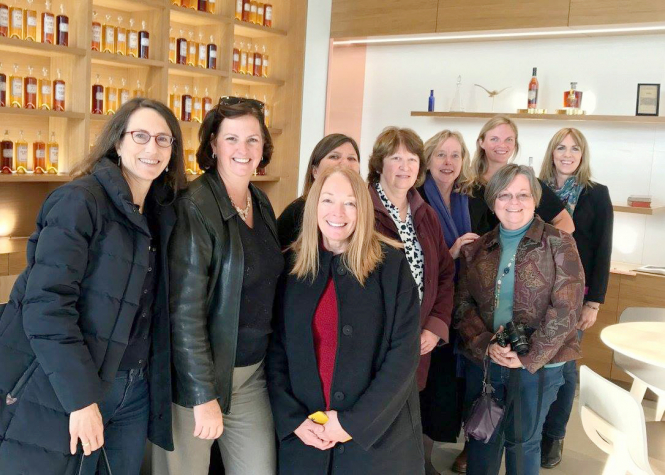 President Margo Durand said it is harder than people think for women arriving in Bordeaux from all over the world to settle in.

She said: “It can almost be even more difficult for French women coming back from a period abroad, because everybody expects they will have a life waiting for them here, but it is not often the case.

“We have members from 25 different countries. It is super and makes it very international and interesting.”

She says that members have to speak English fluently: “The more comfort and reassurance you have within one group, the more confidence you then have to join French activities.”

The club was founded in 1951 and was originally a US officers’ wives club, but Mrs Durand says they are proud that the club still exists even though the American army has left Bordeaux: “The club adapted when the few American women left decided they wanted to continue.”

It is strictly female-only: “This is for historical reasons but we have decided to keep it this way. It is good to have one club just for women because together they support, empower and understand each other.”

Members can join in a range of activities including a cinema group, book clubs, local visits, wine tasting, a walk-and-talk group, and one for women to practise their French.

Neighbourhood groups have developed for people who live outside the city, to make it easier for them to meet up.

19 hours ago
3
What could France’s traffic light plan mean for summer travel abroad?