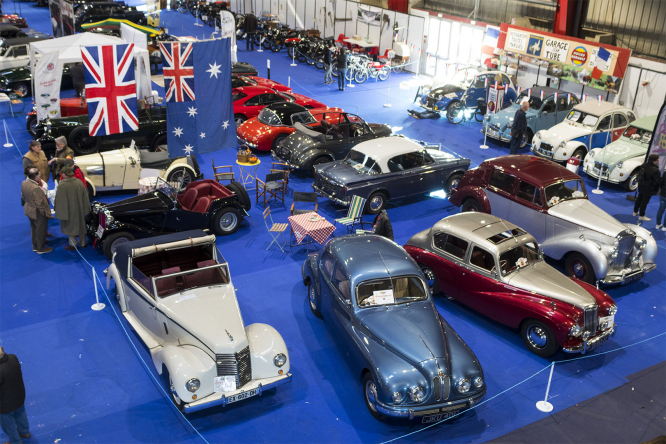 Cars from the 1960s will be the major draw at the 2020 edition of the popular Salon des Véhicules Anciens event as it marks the 60th anniversary of the start of the 'Swinging' decade.

Many models from the era will be on show at a central display at the Perigueux Classic Auto, which show takes place at the parc des expositions du Périgord à Marsac sur l'Isle on the weekend of February 15 and 16.

As in previous years, British cars and participants have been allocated an area in one of the covered halls, and organisers VaaP would be delighted to hear from anyone who has a car they would be willing to show.

VaaP member and contact for British participants, Henry Shaw, said that he had space to show up to eight cars owned by Britons. Cars do not have to be from the Sixties, but any from the period would enhance the theme of the show.

Preference will be given to cars not previously seen at Perigueux, in the event that space is at a premium.

The show takes place in two large exhibition halls, while visitos' classic vehicles can enter the grounds and park for free during opening hours.

Specialists with expertise in car restoration, supply of parts, remakes, tools, classic-registration or insurance etc from far afield converge annually on this Perigueux show to present their services in the halls alongside single and multi-marque club-stands, so there is plenty of variety.

Outdoor vehicles will also be on display across the several hectares of the site, between dozens of auto-jumble stands. Here visitors will find collectors’ items, trim, materials, wiring etc. new parts or tools as well as motor-related literature.

Sit-down meals are catered for in a dining hall as well as other small stands serving snacks around the grounds.

The fairground charges entry for the general public; tickets are purchased at the main gate ticket office.

VaaP association is a not-for-profit organisation, funded only by the professional stall and advertising fees.