Read all about it! Media help for pupils 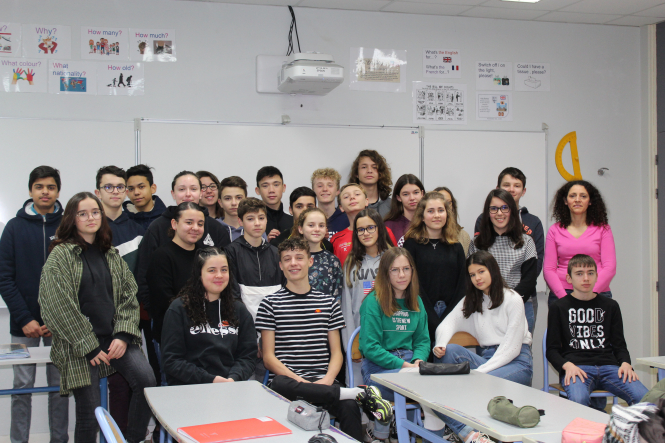 Pupils have been adding a new dimension to their English lessons, thanks to Connexion and French journalists.

As part of Ms Afonso’s media project, Connexion journalist Jane Hanks was interviewed by pupils from class 3eB via Skype. They asked her about her journalism career in the UK and which subjects she wrote about.

Other pupils have worked with a retired editor from France 3, a TV cameraman, and a reporter from a local newspaper, as well as visiting a radio station and local paper.