Red dresses for all at Bush tribute day 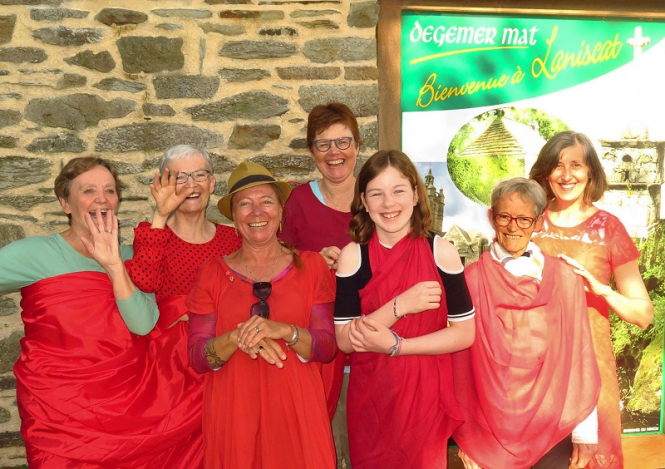 This year, for the first time, there will be a flash mob event in France, organised by Lorna Cotton and friend Cathy Quenderff, at Laniscat, Côte-d’Armor. They are putting out the call for as many people as possible to join them.

“We want them to hone their inner Kate Bush and be lost in the freedom of dance,” said Mrs Cotton. “Men, women and children can all join in. It is not an exercise in perfection, but to have some fun. The only requirement is for everyone, even men, to wear a red dress.”

She was inspired by seeing an event in Folkestone, Kent, and showed a video to French and British friends in Brittany, who loved it so much they decided to organise one.

The first Wuthering Heights event was organised by Shambush, a group of performance artists, in Brighton in 2013 with dancers in red dresses performing to Kate Bush’s choreography.

The resulting video went viral and the idea to repeat it every year was taken up by Berlin musician Sam Wareing.

This year, 26 groups are signed up worldwide.

For the Brittany event, workshops began in June to teach the dance. Mrs Cotton has changed it a little for older people to take part. It is not too late for anyone to join in.

There are two public performances: a public dress rehearsal at the Laniscat Fête de la Musique, which was on June 29, and the event itself on July 13 in the grounds of Bon-Repos Abbey.

“It’s a wonderful setting,” said Mrs Cotton. “I’d love to see hundreds of people dancing, but will be happy with 50.”

community
singing
More from Your News
More from Connexion