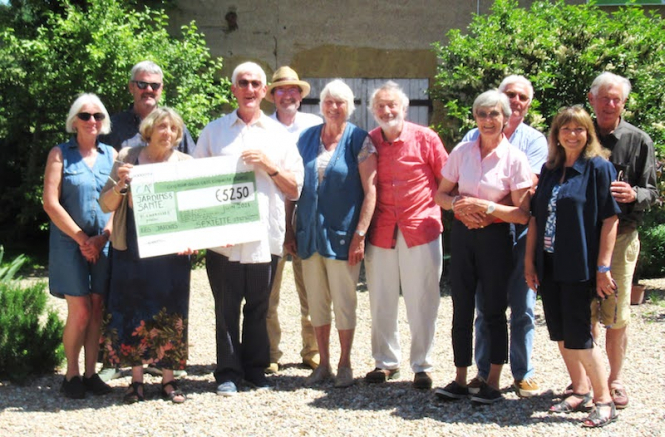 A group of six privately owned gardens in eastern France have raised €5,250 for charity by opening over a single weekend at the end of June.

This is the highest total the gardens - five of them in the Sâone-et-Loire and the other over the departmental border in the Rhône - have raised since four of them first opened to the public in 2016.

Despite terrible weather and a slow start, they had 985 visits between them.

The money raised goes to Jardin et Santé, a charity which supports the creation and development of therapeutic gardens in hospitals and medical centres.

The group of multi-national garden owners from the UK, Belgium, Netherlands and the USA who call themselves Le Sextette, were delighted with their results, especially as they had to cancel in 2020.

As well as locals, people travelled from as far away as Lyon and Dijon to see the gardens - where a 44km itinerary had been developed, allowing visitors to see all six.

The gardens vary widely and include a courtyard garden, productive potager, château grounds and a mix of French and English influences in the beautiful Jardin Secret.

“Visitors all wanted to talk about what they saw, ask for and give advice. Some of them became quite emotional which really touched us," one of the garden owners, Lyn Steven, said.

“This all meant that it was a marvellous occasion for us and our visitors to share our love and passion for plants, gardens and gardening.”

“It reflects the enormous amount of effort and energy the gardeners put into the weekend which is a major event in the life of Jardins et Santé and it is wonderful to see and experience the incredible international friendship that the group really personifies.”

Sextette’s president Harm van Duin said that they hope to attract more and younger garden owners to join them. They would particularly welcome French gardeners, as there are no longer any in the group: “A very convincing reason to join, which was particularly relevant for me, is opening in support of Jardins et Santé.

“The fact that opening your garden means you are doing something very good, worthwhile and potentially life-changing for others, is a real motivation!”

Aerovillages project in France: Housing estate with planes in garage
20 January 2022
More from Your News
More from Connexion
Get news, views and information from France
Join the newsletter
Subscribe to The Connexion