A choir is required in France 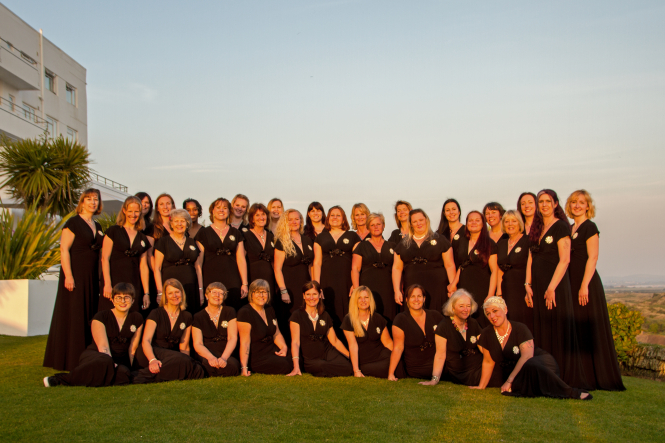 The choir - made up of wives, partners and girlfriends of British Military personnel and veterans - was set up in 2011, when Gareth Malone visited RMB Chivenor in Devon to form a choir for successful BBC TV programme The Choir: Military Wives.

The song the choir performed at the 2011 Festival of Remembrance at The Royal Albert Hall, Wherever You Are, was released as a single that became the Christmas number one that year.

It raised more than £500,000 for military charities SSAFA and The Royal British Legion.

Since then the choir has released two number one albums, In My Dreams and Stronger Together, and has been involved in many national events including a performance at the Diamond Jubilee Concert.

They will be in France on October 4, 5 and 6. They will sing at the Omaha Beach Cemetery on the afternoon of Friday 4, and would love to join up with a local choir for a concert that evening. They will be staying at Port-en-Bessin, Calvados.

The choir has been coming to France and Belgium to perform for the past two years. Treasurer and overseas visits co-ordinator Jane Batchelor said a visit to Normandy in 2019 would be particularly special as the North Devon beaches near to where they live were used to train USA soldiers for the landings in 1944.

“We would like to be able to pay our respects on behalf of all military wives and the people of North Devon.”

They regularly perform to raise money for charity, and their main concern is the welfare of serving soldier's families: “None of us were in a choir before we started in 2011 and the experience has given many of us increased confidence. It has also given us friendship and we really can rely on each other. We have all experienced hard times, but when we go for choir practice those two hours make us feel so much better.”

Peter Jones travelled with them to Ypres last year and said their music was special: “I do a lot of battlefield tours, but this was something different. They feel an empathy because their husbands and families have gone off to fight and there is a certain power to it.”

The choir has a wide repertoire, ranging from Coldplay and Queen to classical and religious music, which they vary according to the type of concert and venue.

Anybody who would like to link up with them can contact Jane Batchelor at janegreg@aol.com or Peter Jones at peter@singlesteptours.com

choir
d-day
More from Your News
More from Connexion