The white cliffs of Calvados 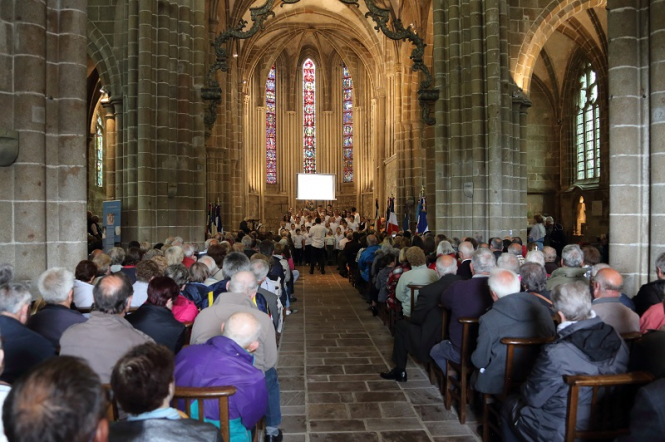 Songs made famous by Dame Vera, now aged 102, will be sung by her friend Vicki Lee in Saint-Sever-Calvados on September 16.

The concert is a token of thanks to the people of the town, who organised a memorial ceremony last year for seven Allied airmen who died in three incidents during the war.

Proceeds will go to her Children’s Charity, which helps children with cerebral palsy.

They called on the local British community for help in tracing relatives of the crew of a Wellington bomber that crashed into the town in 1941.

Children of the local primary school learned The White Cliffs of Dover, in English, to sing at the ceremony.

Alan Davidge, who lives in Saint-Sever, grew up in Dame Vera’s home area of East Ham after the war, and his mother went to school with her.

He contacted her agent and said: “I just thought it would be nice to let Dame Vera know that the children had taken the time to learn one of her songs and deliver it on this special occasion. I didn’t expect her to take so much interest in our little town but we have been in regular contact ever since.

“I sent her a copy of an old class photo of my mother’s, in which she recognised herself immediately.”

The concert is being organised by La Vache Qui Lit and Mr Davidge said: “We have kept the fee at an affordable level to encourage further donations to Dame Vera’s Children’s Charity.

“The event is also supported by Collectif Mémoire DDEN and the mairies of Saint-Sever and Noues de Sienne.”