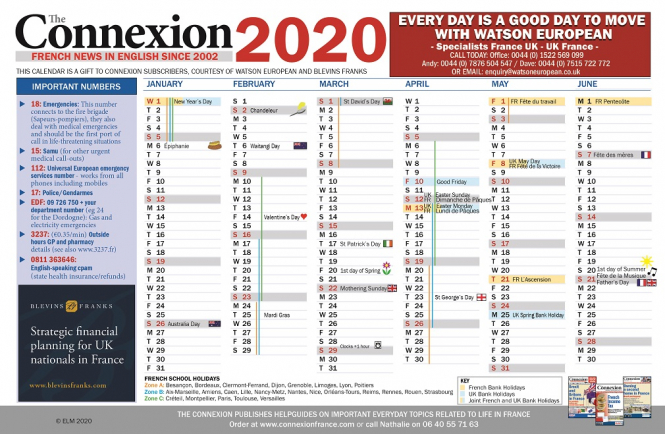 A subscription also means you will not miss out on January’s articles, including an extract and recipes from Rick Stein’s new French recipe book, our round-up of what is new in France in 2020, and important Brexit updates affecting Britons in France.

Also inside January’s Connexion are new and practical articles on such topics as:

• Is there an ombudsman for car hire insurance disputes in France?

• Green energy offers in France: Not all as green as you may think

• Can I do scooter/motorbike training in France with a UK driving licence?

• I'm self-employed person, how do I get a VAT number?

• How can we inherit from father in France who left no will?

• Education in France and children with learning difficulties: One family's story

• Association to help US citizens abroad

• Why the French booze but rarely binge

• Tax at a difficult time: Declaring income following the death of a spouse

The newspaper also includes plenty of features and interviews such as:

• The British designer behind a southern fashion empire

• Tiny houses: Live the French dream in your own little house on the prairie

• Fake views: How restored Carcassone got its name...

Subscriptions include print editions plus unlimited access to our website of more than 10,000 practical, news and feature items, all about France.

Subscriptions start from €13.50 for a three-monthly 'Freedom subscription' to a French address; digital-only subscriptions are also available – click here for more information.

calendar
recipe
subscribe
More from Your News
More from Connexion