What really happens in a citizenship application 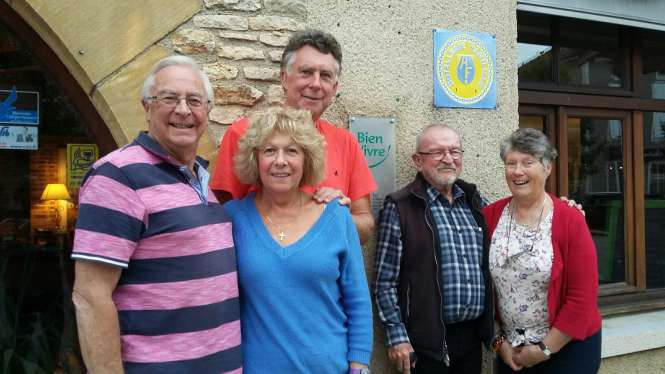 With uncertainty about what the UK’s departure from the European Union will mean for Britons resident in France, there has been an increase in the number applying for French citizenship to maintain their status as EU citizens.

Five of us from the Lot (46) department in the region of Occitanie have just completed our interviews at the prefecture in Toulouse, the regional capital, for naturalisation. This is the situation in Haute-Garonne, where Toulouse is, and other parts of France ought to be broadly similar.

Getting an appointment for an interview is a key step in the application process and is where you deliver the file of information you have created on your life. In Haute-Garonne you go to the prefecture website (http://www.haute-garonne.gouv.fr/) and then, under Démarches administratives, click the Prendre un rendez-vous button. On the next page, scroll down to Intégration and click Prise de rendez-vous pour le dépôt d'un dossier de demande de naturalisation

As an aside, we met a woman at the prefecture who had been trying to get an appointment for a year, although she was not an EU citizen!

Back on the website, two sections at the bottom give the different methods for people who live in Haute-Garonne or, like us, in one of the other former Midi-Pyrénées departments.

It appears that the interview dates come in three monthly tranches – we booked in April 2017 for appointments in August 2017 – and it may be worthwhile for many people to prepare their file of information and, once documents have been requested, to start to apply for the interview.

It may be worthwhile working to the appointment, rather than getting everything done as we did and then having to wait four months for your interview and doing lots more photocopying to keep your dossier up to date.

When the interview arrived, we found it fair but hard work. Naturally, it is conducted in French and although over-60s do not have to have certificates of language competency we were asked to provide an attestation of language ability and we got one from the language classed we had been attending.

The state representatives were completely straight – no negative or positive signs and no English.

We all went through our dossiers, some pieces required three copies, some two and some just the one, so as we had done three copies of everything – just in case – there was a lot of waste paper (and paperclips!)

Do bone up on the Livret de Citoyen book and the Droits et Devoirs charter that all applicants have to sign: we were all asked questions on them.

Do have evidence of the Associations you belong to, how many times you meet your neighbours and how integrated you are and why you want to become a French citizen.

At the end of the interview which for us lasted longer than the hour and a half stipulated, we were told that our original birth certificate and marriage certificate would be kept – we signed a document agreeing to that – and IF we were successful – we would receive an “acte de naissance française”, “une acte de marriage française” and an identity card. Our originals would be returned to us.

We would receive a visit from the local Gendarmerie – which we all have – and the whole process would take about a year.

This is where the myth comes from about needing translations redone every three months – when and if you become a French citizen and you need to use your French birth or marriage certificate you ask the mairie to replace it and they stamp it – it looks exactly the same as the old one but the date is different.

When you get in you are then subject to security checks before you scramble to the only lift to the second floor. The rest of the day it is open. Do arrive early – around 8.15am as there are two queues – one for people with appointments and the other one for people without and it is all a bit daunting.

Back to the dossier – make sure that you print off your department’s list of pieces à fournir as many are slightly different – ensure that everything is put together in the right order. Everything you print off should have the department name on it – also check that the Demande d’acquisition de la nationalité française application form is the latest one (cerfa n° 12753*02).

Certificates – you need originals and they need to be translated and photocopied – it is worthwhile gathering them all together and doing it in one go. There are quite a few translators around, but it does add up – we have spent more than €1000 on translations, photocopying, ink cartridges and paper for two people.

Casier judiciaire – our state representative did not want the Extrait de casier judiciaire (Bulletin 3) – which can be done through the Justice Ministry and was the easiest and cheapest to get. If you have ever lived in Northern Ireland you do need a Criminal Check from there, too, and ask for three original copies, as the certificate will NOT photocopy. We got our DBS (Disclosure and Barring Service) record from Disclosure Scotland (it was cheaper than the England one) and attached an email saying it covered the whole of the UK – (not Northern Ireland). All this documentation needs to be translated. I think the rules are different if you have lived permanently in France for over 10 years.

The passport photos are easy and the timbres fiscaux are available from the Tabac – you only need €55 /application.

All the financial part of your application shows you will not be a ‘burden’ on the state and will be different for everyone. Our representative did seem to appreciate knowing which jobs were pensionable and we printed a separate sheet for how our pensions were made up. We also did this for rental income for a property in the UK as foreign bank statements and exchange rates are quite difficult to interpret as is the fact that the UK financial year runs from April – March and the rest of Europe from January – December.

We found the Trésor Public immensely helpful and understanding for completing P237, whereas your mairie’s help may vary.

All in all, it has been a great adventure and taken quite a long time, but no longer than an EU national wanting to become a UK citizen. With the world the way it is it is bound to become more complex and require more information as time goes on. Our advice is start now if you want to try and become a French citizen, get involved and learn French!

We were told that the procedure will take about another 10 months… we will let you know what happens.