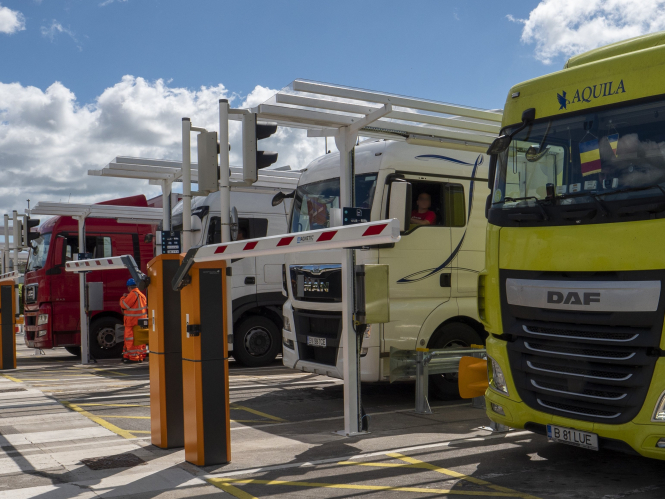 British companies looking to stockpile goods before the end of the Brexit transition period is leading to waits of up to ten hours for lorry drivers trying to cross from France to the UK, a transport federation based in Calais has told The Connexion.

“There is a peak of activity at the moment and in certain cases there are waits of eight to ten hours,” said Sébastien Rivéra, secretary-general of La Fédération Nationale des Transports Routiers in the Calais region.

“What is happening is that there is an anticipation of Brexit from the British side as people stock up to avoid more complicated administrative procedures from January.”

Reports in some UK media outlets have claimed that Christmas and Covid-19 were to blame for the tailbacks, not Brexit.

Mr Rivéra said that the fact fewer ferries are running due to the Covid-19 pandemic and other tourism is adding to the waits, but that it was “principally down to Brexit”.

Normally the waiting time is around one hour.

Mr Rivéra said the delays were having a huge financial impact on goods transportation companies.

“Every hour of waiting equals a loss of €60 for companies,” he said.

He said another issue was displaced people living in camps in the area looking to cross the Channel to the UK.

“Lorries that have to wait longer are more likely to be attacked by migrants, which may cause damage to the lorries or products,” he said.

“We have drivers who are fed up with this situation and no longer want to do the UK route.”

He said that he expects the queues to die down in early January, but that the complications of Brexit may lead to them returning after.

“We are predicting that in January the waiting time will be less because typically it is a calmer period and also if people are stocking up on products now they will have to consume or use those products.

“But we fear that after that first week in January, with the new procedures, with checks by security forces, we will again have long waits.”

He said that regardless of the trade deal currently being negotiated between the EU and the UK, there will be new customs procedures to follow, meaning longer waits.