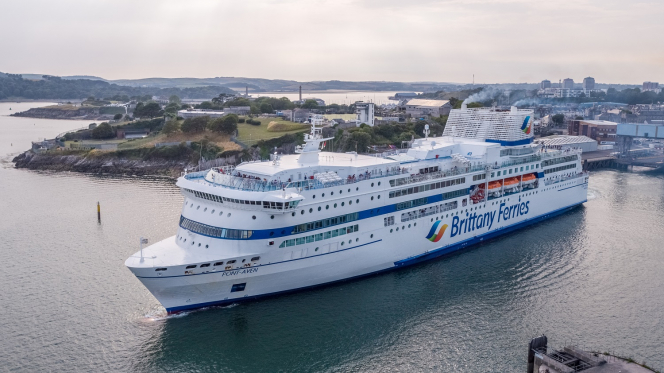 The presidents of the Normandy and Brittany regions stated that they were willing to contribute more money: a total of €85million.

Brittany Ferries, which has been hard hit financially by Covid-19 confinement and the UK’s quarantine requirement, will benefit from a total reimbursement of the employees’ part of the social charges for 2021, Prime Minister Jean Castex said in the National Assembly yesterday.

This will amount to €15million for Brittany Ferries, with an equal amount of reimbursements going to other cross-channel operators, the prime minister said.

This comes on top of a state-guaranteed loan of €117million which the company was granted earlier this year. It comes as last week the company took the Connemara, which was serving Portsmouth to Le Havre, out of service, closing the Cherbourg-Portsmouth and Portsmouth-Le Havre routes. This follows the recent closure of the Saint-Malo-Portsmouth route, meanwhile Cherbourg-Poole has remained closed since March.

Despite the government's pledge of help the presidents of the Normandy and Brittany regions said in a statement: “This is a first step, but is not sufficient”.

They added: “What is at stake is clearly saving Brittany Ferries by strong measures over the long-term, equal to an exceptionally difficult situation.”

They said while the state had offered “only €15million in 2021” they said they were ready to contribute to a “saving plan” with a total €85million.

They said they would be submitting proposals to their councils next month.

“We owe it to the workers, to defend ships flying the French flag, and to insure our presence in the Channel. Let us all be united behind Brittany Ferries,” they said.

The Connexion has asked the Brittany Regional Council for more detail about the proposed “saving plan”.

Speaking in the National Assembly yesterday Paul Molac, an MP for Opposition group Libertés et territoires who is known for defending Breton culture and heritage, said Brittany Ferries, “created 48 years ago in Roscoff by Breton farmers”, was going through the “worse crisis of its history”.

He said seven of its 12 ships were not in operation and thousands of workers were on chômage partiel [temporary lay-offs, with state assistance]. The impending full impact of Brexit in January 2021, “with or without a deal”, also meant there were many uncertainties as to what the future would bring, he said.

“It is our responsibility to avoid an economic mess at all costs. Orders are filling up for 2021, a new ship will be delivered at the end of the year. Brittany Ferries benefits from competent staff and a fleet in very good condition, renewed according to the best ecological standards. No one would understand if it was to go.”

He said that last Friday a “crisis meeting” was held by politicians for the region, including mayors, MPs and the regional president. “The will of the elected politicians for Brittany and of the Breton people is to save this flower of our economy.”

However he said local councils could not act alone so the state should step in.

Prime Minister Jean Castex told the MPs that the government was aware that the “standard” measures, including the loan and chômage partiel, so far were “clearly insufficient” and that was why it was ready to make “an exceptional effort”.

He said a committee would be looking into structural measures that could help in the long-term.

Meanwhile, he said “to help get over this extremely difficult moment”, they had decided on the social charges plan.

“In the meantime structural work will go on, in partnership with all relevant parties, starting with the leaders of Brittany Ferries. That way we will have contributed to easing the current situation.”

A spokesman for the Prime Minister’s office told The Connexion they are aware that the sea transport sector is going through hard times and must have support, and that this is especially the case in the Channel, which is also affected by Brexit.

He said the €15million was complementary to a “reimbursable advance” of another €15million that the two regional councils had given the firm for 2021. He said the councils play a “special” role in this situation as they are shareholders in the company that owns the ships used by Brittany Ferries.

He said the sea and transport ministers would shortly meet with Brittany Ferries’ leaders to clarify the practical details of the “refund” in coming days; they would also be offering support with training.

The spokesman said the situation after 2021 is still under examination. He said the regions had said they would give give further loans of up to €70million spread over several years.

“The state is examining with the company the different options to find solutions which will allow support for business and maintaining jobs in the Channel and more generally in passenger sea transport," he said.

“More than ever the government wishes to mobilise for these companies and their employees who, in an uncertain context, must benefit from useful guarantees as to their future.”