French ruin château Rothschild to be restored to glory 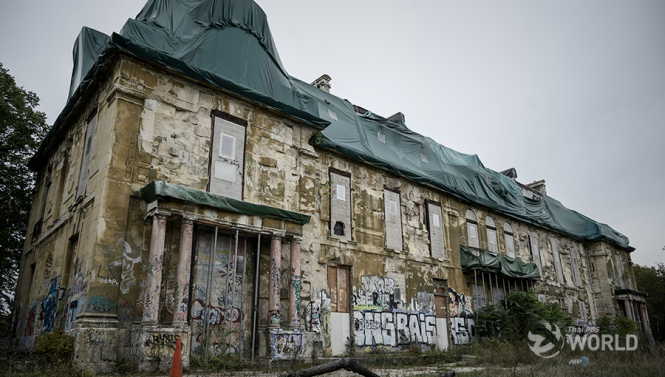 The aim is to “restore the château in the spirit and the splendour...of the Rothschilds”, developers said
By Connexion journalist

The private château is located in the suburb of Boulogne-Billancourt (Hauts-de-Seine, Île-de-France), around 8km from central Paris.

It is now owned by property development group Novaxia, which acquired it in 2016.

The company had previously pledged not to build any new property in the grounds of the château, and has now confirmed plans to restore the house to the glory of its heyday.

Having been totally abandoned for 37 years, the château is currently covered in graffiti, and is in a perilous state. Its walls are said to be close to collapse, along with its balconies and staircases.

The property is currently in a perilous state (Photo: Thai PBS World)

The roof, which is made of slate and lead, has already partially fallen in, and has been covered with a huge tarpaulin to prevent further weather damage.

Mayor of Boulogne-Billancourt, Pierre-Christophe Baguet, said: “This is a big success. The château was not going to last another winter, what with the water that comes in, and the frost, and after [damage from] fires and squatters.”

The aim is to “restore the château in the spirit and the splendour that it had in the era of the Rothschilds”, said Mathieu Descout, director general of Novaxia Développement.

He added that the renovation would be done in a spirit of “heritage” and not “real estate property”, and would be rented to “private clientele” once completed.

Mayor: "The château was not going to last another winter..." (Photo: Thai PBS World)

The work will be undertaken with architecture firm Architectes des Bâtiments de France, led by architect Philippe Prost, who previously led the restoration of the Hôtel de la Monnaie in Paris.

Renovations are set to begin in 2020, and are expected to take two to three years to complete. No details on the cost, nor of the eventual rental value of the finished property, have yet been revealed.

The château was first built in 1855, in the style of Louis XIV, by Baron Edmond James de Rothschild, a member of the French line of the Rothschild banking dynasty.

The baron was born in the town, and would later become a banker to Napoleon III. He died in 1934, at home in the château.

During World War Two, the property would be occupied by the German navy, the Kriegsmarine; and later by American forces.

In the 1950s, the Rothschild family gave up the property completely, after which it was owned by a succession of different groups and companies.

It was finally left to ruin 37 years ago, by its then-owners, a Netherlands law firm.