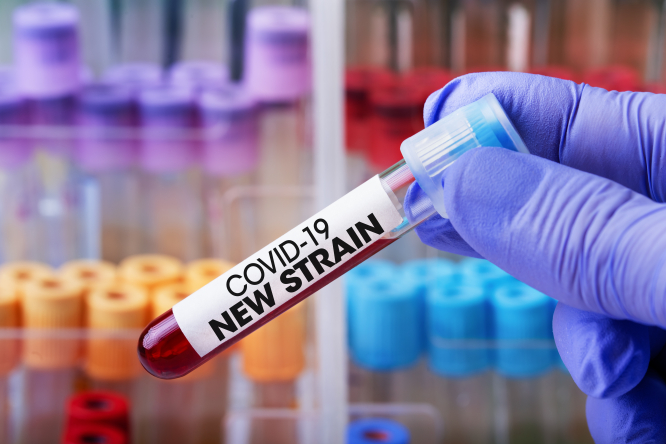 The new strain is a WHO ‘variant of interest’ that it is following closely, with cases having been detected in South America and now Europe Pic: Angellodeco / Shutterstock

A total of 79 cases of new Covid variant ‘Mu’ have been detected in France. The World Health Organization (WHO) identifies it as a ‘variant of interest’ over signs it could be more vaccine-resistant.

The ‘Mu’ variant – scientific name B.1.621 – was originally identified in Colombia, South America, in January.

It has since been identified in around 30 other countries in South America and Europe, including the UK and Belgium, as well as France.

So far, 79 cases have been confirmed in France, said a report by health body Santé publique France. These include 27 cases in Ile-de-France and 17 in Occitanie.

In its weekly pandemic bulletin, the WHO said it is a ‘variant of interest’ that it is following closely. This is because it appears to show a risk of ‘immune escape’ (higher resistance to vaccines). It said that further studies were needed to better understand the variant.

So far, early studies suggest that its response to vaccines could be similar to that of the Beta (South African) variant, a report by Public Health England has suggested.

For its part, the WHO said: “The global prevalence of the Mu variant has actually dropped and is currently lower than 0.1%, but its prevalence in Colombia (39%) and Ecuador (13%) is constantly rising.”

All viruses, including SARS-CoV-2, mutate regularly. Most mutations have little effect on the virus properties. Yet, some can have an effect, and change how quickly the virus spreads, how contagious it is, how severe the illness it causes is, and the impact and effectiveness of vaccines and treatments.

Since the end of 2020, the WHO has classified variants in terms Greek alphabet letters, and dubbed them either ‘variants of interest’ and ‘variants of concern’, depending on their perceived threat.

Currently, the WHO considers there to be four ‘variants of concern’, including Alpha, and Delta (present in 193 and 170 countries respectively), and five other ‘variants of interest’, including Iota, Kappa, and Lambda.