Cookie Consent by FreePrivacyPolicy.com A brief history of the May 1 holiday in France French News and Views in English | The Connexion
7 may 2021
Classifieds Currency exchange Newsletter
Login Register BASKET
Facebook Twitter

A brief history of the May 1 holiday in France 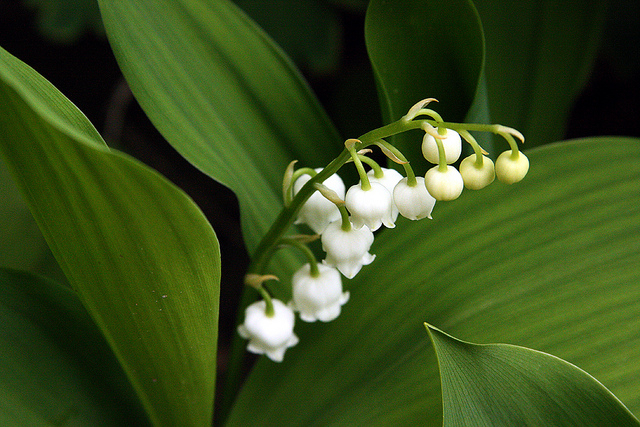 A lily of the valley flower, or muguet in French

May 1 has been a public holiday in France since 1947 - but the origins of the modern Fête du Travail, which is marked all over the world with marches and protests, can be traced to the other side of the Atlantic.

On May 1, 1886, a general strike of some 350,000 workers demanding an eight-hour limit to their working day paralysed many factories in the US.

Two days later, 10,000 strikers gathered at a factory in Chicago. Six died and many others were wounded in a police charge.

The following day, amid rising tension, a crowd of around 150,000 people gathered at a protest meeting. The protests again turned deadly - 15 police officers were killed in a bomb attack, and 10 protesters also died during the day.

Three years later, the Socialist International, a worldwide organisation of political parties that seeks to establish democratic socialism, declared May 1 International Workers' Day at a meeting in Paris.

That badge was later replaced by a wild rose - and as recently as 1976, by the muguet (lily of the valley in English) - a flower long associated with spring.

This custom of giving the spring-flowering lily of the valley as a symbol of good luck to friends and family dates back centuries.

On May 1, 1561, the future king Charles IX, then aged 10, gave the custom the royal seal of approval when he first offered a sprig of the flower to all the ladies of the French court. He repeated the gesture every year.

Workers' struggle for an eight-hour working day would continue for many years.

On May 1, 1891, nine protesters were killed and 35 more injured when soldiers opened fire on a peaceful demonstration in the Nord town of Fourmies during the first-ever French celebration of International Workers' Day.

The events in Fourmies are today regarded as one of the founding events of the French Section of the Workers' International, a political party in France that was founded in 1905 and succeeded in 1969 by the modern-day Socialist Party.

May 1 has since become synonymous with marches and rallies over workers' rights.

In 1936, employers discovered to their cost the power of the unions, when on May 2 they laid off workers who had marched on May 1 in favour of a 40-hour week and two weeks paid holiday, as the sacked workers' colleagues walked out in support of their colleagues.

It was not until 1920 that May 1 was officially recognised in France as a non-working day - it would not become a paid public holiday until two years after the end of the Second World War.

Muguets on sale despite pandemic

The usual May Day sellers of the flowers, whether florists, associations or garden centres, will be able to carry out their sales almost as usual this year.

Individuals seeking to buy or pick a bunch will have to follow the Covid-related restrictions currently in place, such as the 19:00 curfew and the restriction to remain within 10km of your home.

May 1 is an important date in the calendar for florists, along with Christmas, Valentine’s Day and Mother’s Day.

Around 31% of all lilies of the valley sold on May 1 are sold in florists, with 25% in supermarkets, 11% in markets and 9% in garden centres.

Last year, a national lockdown was in place on May 1, meaning florists missed out the chance to sell the flowers.

Florists have, since March 19, 2021, been considered as essential shops and are able to remain open during current restrictions.

This article was first published on May 1, 2017, and has been updated since.