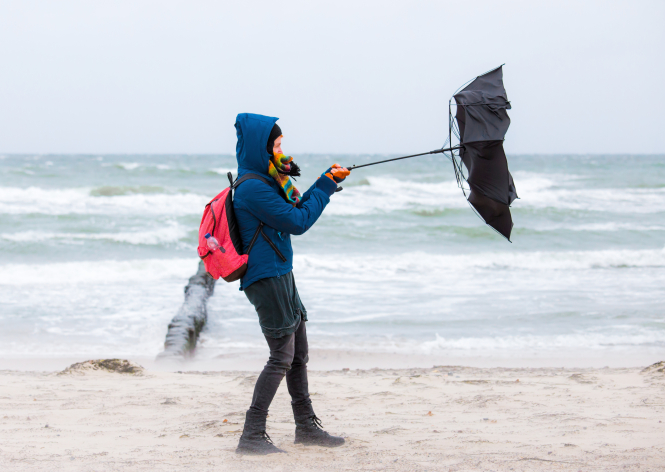 Violent winds are predicted this lunchtime and early afternoon in Var and Alpes-Maritimes.

Official national weather service Météo France says gusts of wind will reach 100-120km/h on the coast and at other exposed areas. It has put both departments on orange alert.

The period with the most risk will be from noon to just after 15:00 the service states in a bulletin today.

The winds will be blowing from the east to north-east and will be generated by a depression located near Corsica that is moving by mid-day towards the western coast of Var.

People should be ‘very vigilant’ in the period mentioned above, when there are risks of ‘dangerous phenomena’, however they should also be careful during most of the day, with the winds expected to drop by the evening at around 19:00.

During the afternoon it is mostly the Var that will be concerned, with winds of around 70km/h blowing from the east.

People in the coastal areas are also being warned to watch out for the possibility of strong waves being whipped up by the wind, with a possibility of flooding of some areas near to the sea.