All Flybe flights to France grounded after collapse 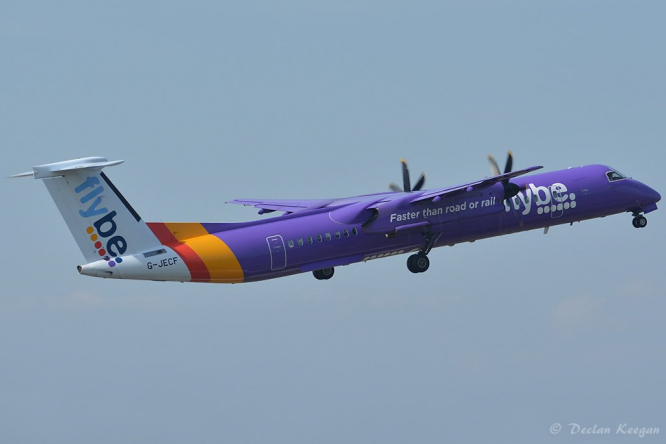 The airline confirmed all of its flights were cancelled after it went into administration today (Thursday March 5). A statement on its website said: “All flights have been grounded and the UK business has ceased trading with immediate effect”.

Passengers with flights booked were told not to go to the airport by the UK Civil Aviation Authority, as their flight would not be operating.

All Flybe flights are cancelled. Please do not go to the airport as your Flybe flight will not be operating.

For flights operated by franchise partners, passengers should make contact with their airline.#Flybe pic.twitter.com/O9vQ7mvnR8

Anyone booked on a Flybe flight through a package with Air France should check before you travel, as it is not yet clear whether these flights will be operating.

Yet, other partners, such as Stobart Air, have confirmed that their flights have been cancelled, so it appears likely that 100% of flights are grounded.

Flybe operates many routes to and from regional airports in the UK and France. Some only operate at certain times a year. It also operates flights to Geneva in Switzerland - a popular airport for visitors to the Alps.

The airline has blamed the spread of coronavirus Covid-19 - and the impact this has had on air travel - for its final collapse.

It had already received an injection of a reported £100 million financial aid from the UK government in January, in a bid to avoid it falling into administration.

At the time, British Airways’s parent company IAG made a complaint against the UK government, saying that it was “a blatant misuse of government funds”.

Chief executive of the owner of BA, Willie Walsh, said the consortium that owned Flybe - which includes Virgin Air and U.S. airline Delta - “now want[ed] the taxpayer to pick up the tab for their mismanagement of the airline”.

The support had been described as giving the airline three months “breathing space” to pay an outstanding £100 million in Air Passenger Duty (APD) that it had collected from passengers but had yet to pay.

Yet, the collapse has come less than two months later, putting 2,000 jobs at risk.

In a letter to the airline's staff, chief executive Mark Anderson said: "Despite every effort, we now have no alternative - having failed to find a feasible solution to allow us to keep trading.

"I am very sorry that we have not been able to secure the funding needed to continue to deliver our turnaround."

The UK government has already said that it will work with other airlines to try to secure jobs for staff affected, and to replace the airline routes that Flybe previously served.

Customers who bought tickets directly from Flybe will not be covered by the Atol scheme. Tickets bought through a third party may be covered, especially if you paid with a credit card.