Almost-forgotten skills live on in France 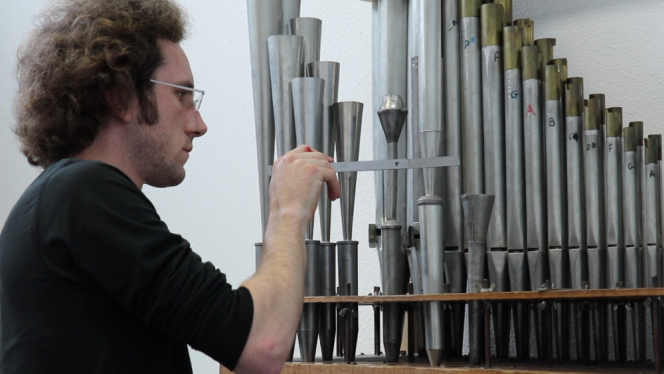 Illustrators, bookbinders, classic car restorers, carpenters, weavers and organ makers will be among thousands of craftsmen and craftswomen across France opening their doors to mark the European artistic crafts days.

Their skills are too often undervalued but as people turn away from the ‘throw away and replace age’ the events from today until Sunday April 8 in France and 19 other countries are a chance to reconnect and, perhaps, get involved.

The theme is Handing Down Tomorrow’s Heritage and France alone expects to have 8,500 workshops and events across the week with 1,200 of them aimed at young people.

Craft workers will be holding displays of their work and demonstrations of their know-how along with open days in training centres to give an idea of a business that is worth €8billion a year in France and covers 38,000 separate businesses.

Typical of the craftsmen involved is Silvany Hoarau, a carpenter-zinc roofer, whose ToitSur business has been responsible for rebuilding roofs on historic buildings as varied as a church, chateau, Buddhist temple and a townhouse.

In 2009 he bought an endangered church in Tourcoing, Nord, and over the past nine years has turned into his business head office, a cultural centre hosting concerts and other events, plus coworking spaces and a teaching workshop for the Compagnons du Devoir apprenticeship scheme. See some of the work in this, quite dizzying, video

In Paris, the Futurs en Transmission exhibition at the Musée des Arts et Métiers will show works by students from the five main artistic crafts schools as they evolved new projects inspired by past sciences and techniques.

Across the country there will also be special Rendez-vous d’Exception with traditional businesses opening access to the general public to discover their know-how.

The capital’s Musée Cognacq-Jay will host one, with goldsmith Camille Orfèvre showing restoration work on timepieces and other precious works. Included will be a study of this chatelaine timepiece

Another is the Point d’Orgue centre in Marmoutier in Alsace where one of the craftworkers featured is Michaël Walther, a teacher at the Centre de Formation de la Facture d'Orgues d'Eschau, where he is involved in the restoration of organs. Visitors can discover how to make a wooden tube.

In all, there are 281 different artistic crafts represented in the JEMA days and the website progamme online has a handy feature to find your nearest event, just click Autour de Moi on this page (information in French)

Connexion has run a series of features on the artistic crafts and the craftspeople who are keeping them alive - and even to the last person in the trade in France, with a gold-leaf maker in Haute-Savoie.

Subscribers can read our Crafts in Focus articles which include:

Puppeteers marionnettistes Lydie and Marie Coste in Seyssel in Ain