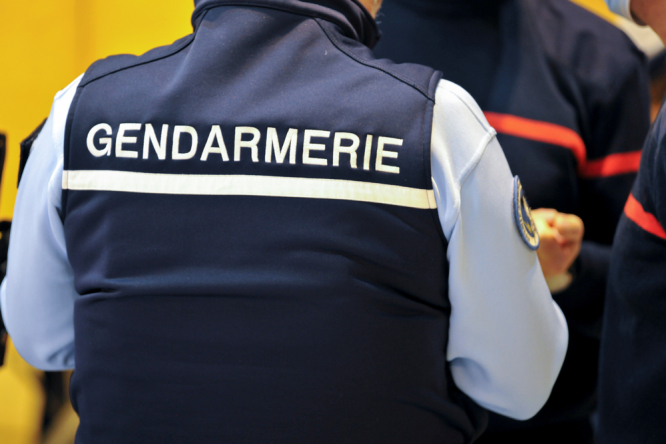 Around 200 gendarmes are involved in the search for the wanted man in the Alpes-Maritimes Pic: Obatala-photography / Shutterstock

*Update, 15:00 July 20: The police search has now ended after police found the body of a man they believe to be the suspect.

The search for an armed man suspected of murdering a woman continues this morning (July 20) near the village of Gréolières in the mountain area behind Nice.

He is thought to be hiding somewhere in Laval, a small hamlet of seven houses around six to seven kilometres from Gréolières.

Residents of Laval, where the suspects’ parents live, have been told to stay inside except in emergencies and to avoid interfering in the gendarmes’ search.

The man, Marc Floris, 33, is considered armed and dangerous. He is Caucasian, around 1m 75 tall with brown hair.

Police put out a call for witnesses yesterday and are continuing their search for the man.

He is suspected of the murder of a 32-year-old woman, who was discovered shot dead on Sunday (July 18) at her home in Plan-de-la-Tour in the department of Var, which neighbours Alpes-Maritimes.

He is also wanted for shooting at a gendarme who went to interview him following the discovery of the body.

Authorities said they were able to identify him as a suspect from video surveillance cameras and data from a mobile phone, after the body of the woman was found on her doorstep by a delivery driver.

She had been shot with a 9mm bullet.

Floris "maintained or had maintained a relationship over a short period of time" with the young woman found dead on Sunday, according to the deputy public prosecutor of Draguignan (Var).

Over 200 gendarmes on foot, helicopters search dogs and special police units are being used in the search,

Anyone with any information are asked to contact the Alpes-Maritimes’ gendarmerie on 04 93 18 43 41.

Gréolières is a commune in the mountains above Nice, and the mayor told a local radio station that Floris had grown up there, and worked for a civil engineering firm on the coast.

“Everyone here knows him,” the mayor told local radio stations.