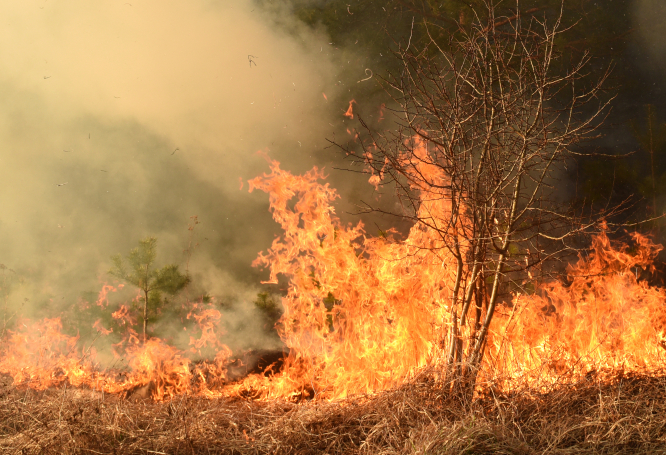 Areas in Mediterranean France, including the Var and Alpes-Maritimes, have been flagged as particularly high risk for forest fires with some being closed off to the public during August.

The Hérault was placed on alert from August 1, after fire ravaged seven hectares of scrubland and oak trees near Vendemian before being brought under control.

"Fires have been starting every day around the Mediterranean, on the French-Spanish border yesterday, in Fréjus in the Var today and last week, 850 hectares caught fire in the Aude", said journalist Claire Pain on francetv.

Droughts combined with high winds has resulted in some forested areas being closed to the public.

Areas now out of bounds in the Var include: the Monts Toulonnais, Sainte-Baume, Haut-Var, the Corniche des Maures, the Maures, Centre-Var, l'Estérel and the Îles d'Hyères.

In the Alpes-Maritimes, they include the Estérel and the Massif de Tanneron. "Access to these massifs is blocked from Monday August 2 in Auribeau-sur-Siagne, Mandelieu-la Napoule, Pégomas, Peymeinade, Théoule sur-Mer, Le Tignet", the prefecture announced.

It also issued a reminder that fires are also prohibited across the Alpes-Maritimes from July 1 to September 30.

In the Bouches-du-Rhône, which has been experiencing gusts of 50km/h, lookouts are currently in place to monitor the situation and alert fire crews on standby.

Last month, almost 900 hectares in Aude were destroyed by fire, the blaze having started near the motorway and likely to have been caused by a cigarette butt thrown from a car.

According to Aude prefect Joëlle Gras, "nine in 10 fires are due to human activity, and really show the importance for everyone to adapt their behaviour due to the risk".