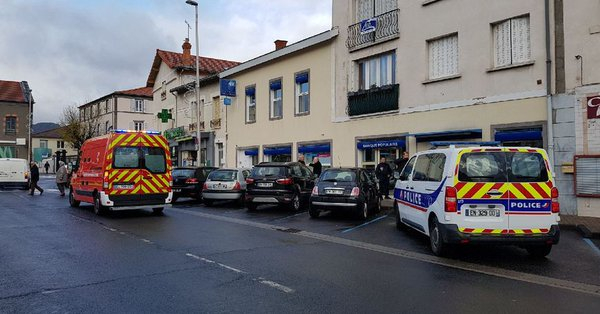 The armed man is alleged to have entered the Banque Populaire branch with a weapon, and wearing a cagoule
By Connexion journalist

At around 8h30 on Saturday morning, the armed man is alleged to have entered the Banque Populaire bank and have threatened the 25-year-old staff member present, before stealing the money and fleeing, according to local news source France Bleu.

He is said to have been working alone, and managed to intimidate the staff member before forcing his way into the cash machines.

The staff member was reported to be suffering from shock, and was looked after by the pompiers who arrived soon after the incident.

Now, local police and the judiciary police in Clermont-Ferrand have launched an investigation to find the thief, whose identity remains unknown.

The mayor of Aubière, Christian Sinsard, visited the bank on Saturday morning, and spoke to France Bleu, saying he was also “very shocked” at the event.

The bank stayed closed for the rest of the morning, but was thought to have re-opened since.