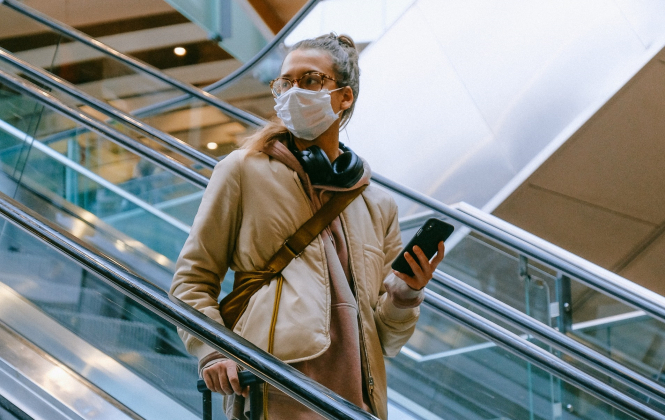 This figure is actually slightly lower than in previous weeks, but is still a cause for concern for France as people who do not know they have the virus are less likely to take the same precautions as those who know they have it.

It also means that the number of cases of Covid-19 in France may be significantly higher than believed at the moment, warned France’s public health agency Santé Publique France in its weekly report.

“Since deconfinement, it has been requested that patients with symptoms suggestive of COVID-19 as well as contact subjects of a confirmed case be tested for CoV-2-SARS,” the report stated.

“The number of confirmed cases now makes it possible, theoretically, to estimate the real number of cases of COVID-19 in France. However, this number may be underestimated due to the absence of systematic screening of symptomatic or asymptomatic infected persons.”

The World Health Organisation (WHO) stated in June that the rate of transmission from asymptomatic carriers is as yet unknown.

“The majority of transmission that we know about is that people who have symptoms transmit the virus to other people through infectious droplets,” said Maria Van Kerkhove, the WHO’s technical lead on the Covid-19 pandemic, speaking at a question-and-answer session.

Other reports since then have suggested that asymptomatic people can spread the virus by infecting their surroundings.

France has increased the number of tests it is carrying out, with Health Minister Olivier Véran reporting that 200,000 tests a week were undertaken at the start of deconfinement in May, compared to 500,000 a week now.

Young people at risk from coronavirus

There has been a particular increase in positive cases among young people aged 20-30 in recent weeks. In mainland France, the average rate of infection is 8.6 cases per 100,000 people. For people in their twenties, that rate is double.

This could explain the high proportion of asymptomatic cases in France. However, infectiologist Jean-François Delfraissy warned against taking that for granted.

“[The asymptomatic and the young] are two categories that can overlap, but beware, young people can also develop serious forms of the disease,” he told newspaper Le Monde.

He added that other age groups except for young people can also be asymptomatic. To stem the flow of the virus, he has called for greater contact tracing and widespread testing, especially in areas with a high concentration of people.

Yazdan Yazdanpanah, a member of the scientific council that advises the government on Covid-19-related issues, urged young people to take more caution.

“But we can tell them to wear a mask and, above all, to get tested frequently.”

Read more about the coronavirus in France: