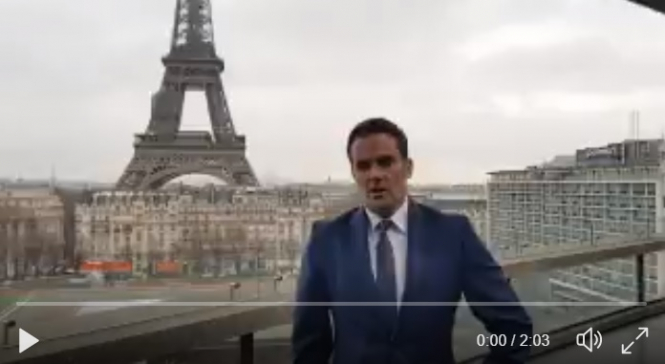 Brendan Berne posted on his Twitter account: “As the ambassador in France, it is a big day for my country...but also for me."
By Connexion journalist

The Australian parliament passed the law that will legalise same-sex marriage yesterday (Thursday 7), after a national consultation asking Australians to vote on their opinion, which also supported the change.

Brendan Berne, the Australian ambassador to France and based at the embassy in Paris, has taken the opportunity to celebrate the ground-breaking law by asking his partner - who is an employee at the embassy - to marry him.

The couple has been together for 11 years.

Under a video posted on his Twitter account - which is also the official Twitter account of the Australian embassy - Berne wrote in French: “As the ambassador in France, it is a big day for my country, Australia, which has approved #MarriageForAll. But also for me, on a personal level. It was time for me to ask.”

He then wrote “HE SAID YES” in English, before adding the hashtag #MarriageEquality.

The video shows Berne preparing to ask “The Question”, saying he is “ready to ask”, before going up to his partner’s desk in his office, and - after apologising for “being a little nervous” - asking Thomas the question in French.

The latter then says “yes” very simply, and the two then hug.

From this Saturday, couples of the same sex in Australia will be able to make official request for marriage, with the first weddings under the new law expected to begin in around a month.

Same-sex marriage is now recognised legally in around 30 countries worldwide, including 16 in Europe. It has marriage has been legal in France since 18 May 2013.