Banksy exhibition in Montpellier to raise funds for refugee charity 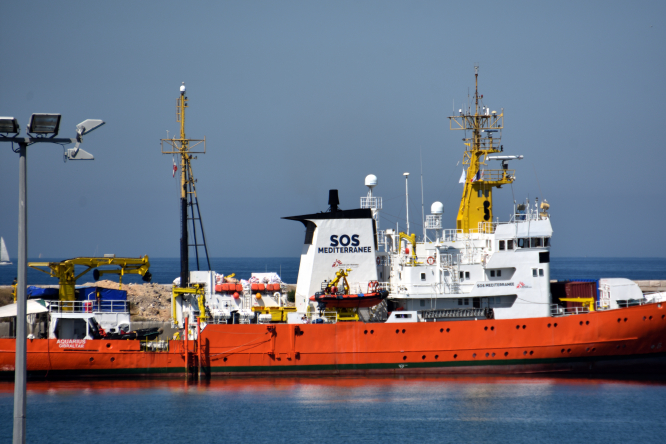 Banksy’s art will be used to further the work of SOS Méditerranée. Pic: GERARD BETTINO / Shutterstock

A free exhibition featuring some 250 art works and other objects relating to the pseudonymous street artist Banksy has opened in Montpellier to raise funds for the maritime-humanitarian organisation SOS Méditerranée.

The venue for the event, complete with floral patterned wallpaper, is not your traditional gallery space.

In fact, the building on Avenue de Toulouse is normally used by Luttopia, an association that supports the disadvantaged.

Among the exhibits on display are stencils, drawings and screenprints, as well as posters and postcards from a private collection.

The pieces form part of the Banksy Modeste Collection, which exists to raise money for charities that help refugees.

The initiative started life two years ago, when French comedian and Banksy fan François Bérardino wanted to sell his collection.

Mr Bérardino became hooked on the artist on discovering he had unwittingly purchased two drawings from Banksy while in London in 2007.

Before arriving in Montpellier, the Banksy Modeste Collection also put on an exhibition in Grigny (Essonne) over the summer.

The event raised €13,500 for SOS Méditerranée and will be used to fund one day at sea saving migrants.

In August 2020, it was revealed that Banksy had bought a boat by the name of Louise Michel to rescue refugees at sea.

“We answer the SOS call of all those in distress, not just to save their souls - but our own” reads the mission statement on its official website.

The Banksy exhibition at 88 bis, Avenue de Toulouse in Montpellier runs until October 17 is free to visit.

Merchandise including prints and posters are available to buy and the organisers are also accepting donations.

Street art: Before Banksy there was Blek le Rat