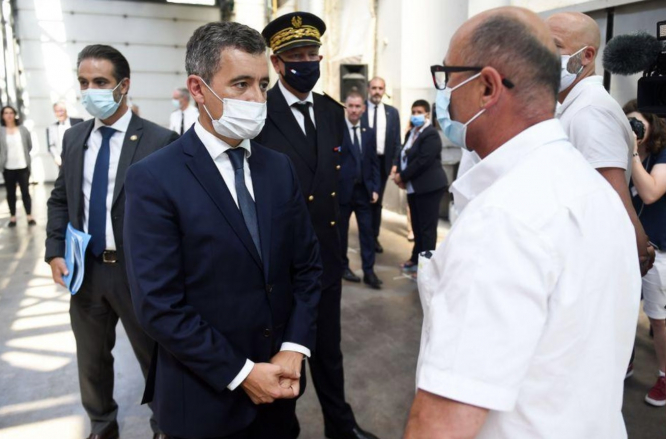 Philippe Monguillot, who was 59 and a father-of-three, was attacked on Sunday July 5 while working on a Tram’bus in the Balichon area of the Basque Country city, according to the Agence France-Presse (AFP).

The incident happened after Mr Monguillot tried to stop a group from coming on board, as they did not have tickets, were trying to bring a non-muzzled dog on board, and were not wearing face masks - which are now mandatory for public transport users in France.

The driver was unconscious when emergency services arrived on the scene, was later pronounced brain dead, and has since died. Two people have been charged with attempted murder in connection with the attack.

Two other men were charged with failing to help a person in danger, and a fifth person was charged with attempting to hide a suspect.

A march held in the driver’s honour drew more than 6,000 people on Wednesday July 8.

The driver’s youngest daughter, 18-year-old Marie, later told the AFP that the minister had promised new measures “for drivers here, but also across all of France”, but said he had not specified details.

Mr Darmanin later met with the mayor of Bayonne and local MPs, as well as colleagues of the deceased driver.

He said: “This [the attack] was a totally odious and unjustifiable act and I trust the magistrate to work with investigators of the Bayonne police to do everything possible to deal with those who committed these barbaric acts.

“Never [myself] as interior minister, nor the President of the Republic nor the Prime Minister, will we allow such a gratuitously violent and unacceptable act to become normalised.”

The new French Prime Minister, Jean Castex, tweeted: “The death of Philippe Monguillot, attacked on Sunday in Bayonne for doing his job, has hit us in the heart. The Republic recognises an exemplary citizen in him, and will not forget him. Justice will punish the perpetrators of this abject crime.”

Gérald Darmanin, who took over the role of interior minister from predecessor Christophe Castaner early last week week, is himself at the centre of a separate controversy, after having been accused of and investigated for an alleged rape.

Before the minister’s visit to Bayonne, around 60 people from feminist groups had protested in front of the Mairie over his appointment, reported the AFP.

Wife of brain dead bus driver in Bayonne: ‘I will fight’
Top doctor: French are 'abandoning' Covid-19 protections
Q&A: When do I need to wear a mask?
When is it obligatory to wear a mask in France?