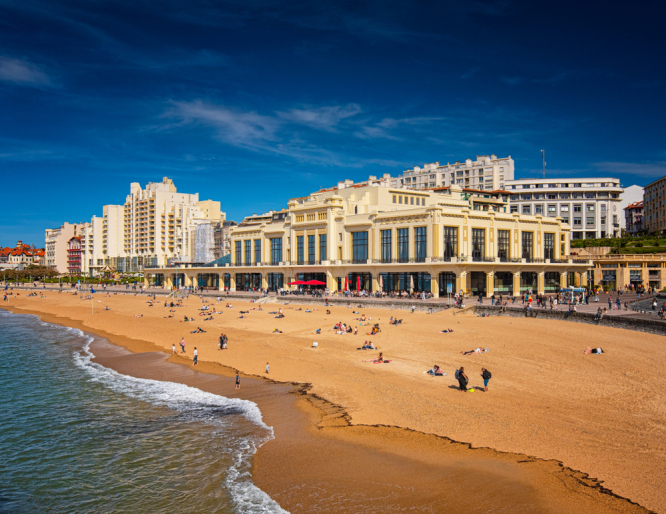 Beaches on the Basque coast have now reopened after being closed off at the weekend to allow for testing of some potentially toxic tropical algae.

Among the beaches affected were those in Biarritz, Bidart and Saint-Jean-de-Luz.

Announcing its decision to close the beach as a precaution on Sunday, the mairie in Biarritz said that the algae Ostreopsis Ovata had been spreading along the coast following rainy weather.

There had been numerous reports from surfers and swimmers, according to Marc Valmassoni from the environmental association Surfrider Foundation Europe.

The foul-smelling Ostreopsis algae produces a toxin that can cause skin irritation and give rise to flu-like symptoms.

The beaches were reopened on Monday, when the regional health authority confirmed the seaweed was Ostreopsis, but less toxic than that generally found in the Mediterranean.

An educational booklet on Ostreopsis Ovata produced by Surfrider Foundation Europe references how warmer temperatures associated with climate change is facilitating its spread.

It comes after the coast of Marseille has been inundated with rapid-growing Rugulopteryx seaweed, which is brown in colour and native to Asia.

Its proliferation in recent years is increasingly causing problems for local fishermen.

"The net gets filled with it. It slumps on the bottom and you can’t get anything else in, you’re not getting fish anymore", fisherman Laurent Pieroni told LCI.

Some professionals fear the plant will eventually invade the whole of the Mediterranean coast.