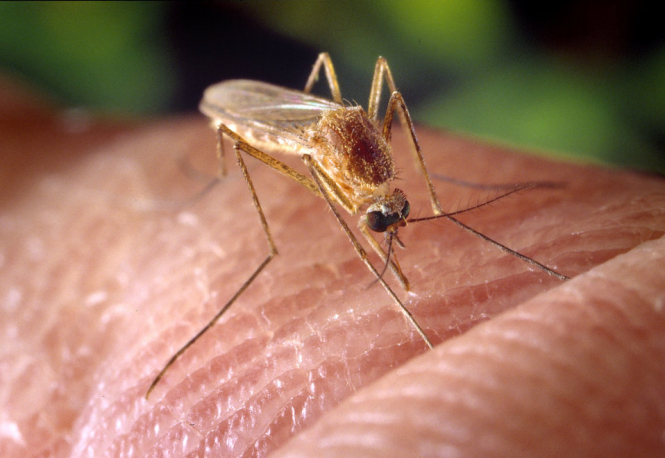 The Mediterranean area reported the first case of the virus in July 2018.

There have now been 24 cases diagnosed across the Provence-Alpes-Côte d'Azur, Occitanie, and Corsica regions; as well as 550 cases in Italy, and 300 in Greece.

West Nile virus is spread by Culex mosquitoes, which carry the virus from infected birds and horses into humans. The virus can only be carried by mosquitoes, and cannot be spread from horse to human, or between humans themselves.

The virus can go on to cause West Nile disease, with around 20% of infected humans going on to develop a fever.

When it shows up, after an incubation period of 3-15 days, flu-like symptoms will occur, including fever, headache, fatigue, joint and muscle pain. Older people over 50 are more at risk.

For 80% of infected people there are no symptoms, but one in 150 will develop a severe case of the illness, causing neurological problems such as meningitis, paralysis or Guillain-Barré syndrome, which affects the nerves and immune system.

So far in France, six people have required hospitalisation due to a severe case, but according to the Agence Régionale de Santé (ARS), they should all make a full recovery.

In Greece and Italy, 85 people have died.

There are no antiviral drugs or vaccination for West Nile disease, so infected people are given treatment to help their symptoms, and authorities are more focused on prevention.

Dr Marie-Claire Paty, epidemiologist at health body Santé Publique France, said: “The 2018 epidemic is the biggest we have ever seen in our country. Hot years help the virus get worse, and it has now probably become permanent in the south of France.”

To prevent the virus, anti-mosquito measures are the best course of action. Authorities recommend getting rid of any stagnant water around your property, wearing clothes that cover the skin, using anti-mosquito sprays and creams, and sleeping under a mosquito net.

Anyone infected by the virus is not allowed to give blood, with six departments in the affected area in France now offering tests to check for infection before any giving takes place.

Dr Christophe Besiers, deputy medical director at blood donation agency Etablissement Français du Sang (EFS), said: “This measure was already in place in 2015 and 2017, but this is the first time it has been in place for so long.”

Anyone wanting to give blood who has travelled and stayed in an affected region - including in the Mediterranean, but also the USA and Canada - should also make this clear beforehand.