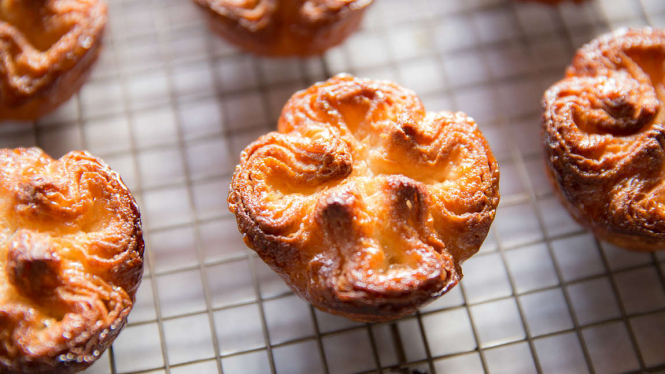 The doughnut is a decidedly American treat, mass produced and known globally. The Kouign-amann (pronounced queen-ah-mahn), meanwhile, is a relatively unknown Breton speciality, originating from Douarenez in Finistère.

So it's understandable that a Canadian rapper irritated Bretons when he compared the two, tweeting a picture saying the Kouign-amann tasted "like a cross between a croissant and a cake donut".

#KouignAmann is like a cross between a croissant and a cake donut. #Montreal pastries are awesome. pic.twitter.com/sciKGkeGKX

The oddly named cake dates from around 1860, and is not totally dissimilar to a croissant. It is made with a mix of butter and pastry and is no friend to dieters, with each cake weighing in at around 500 calories.

6 days ago
4
Covid: Will UK-France travel be restricted from January?