Britons abroad could miss out again as May seeks snap election 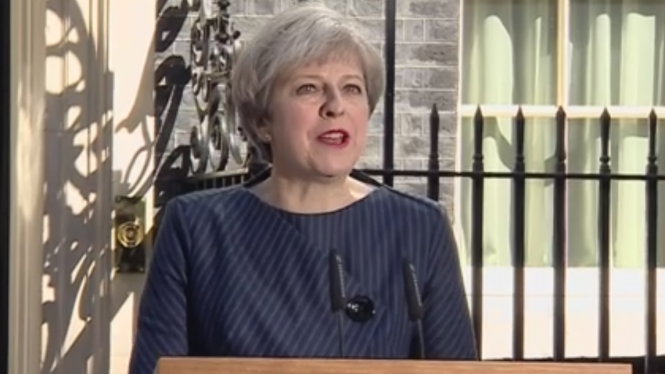 Mrs May says this is “the only way to guarantee certainty and security for years ahead”. There will be a vote on Wednesday and two-thirds of MPs will have to back the plan.

It comes as the Conservatives have a large poll lead over Labour and the election may give the party a chance to increase its parliamentary majority, increasing its power as Brexit negotiations begin.

However, news that an election may now be held two years ahead of the expected 2020 date means that Britons who have been abroad for more than 15 years would once again be unable to take part as was the case for the general election in 2015 and the Brexit referendum in 2016.

Abolishing the ‘15-year rule’ was a Conservative manifesto pledge in 2015 and a ‘Votes for Life Bill’ was listed in the Queen’s Speech documents for the parliamentary year 2015-2016. That would usually have meant it would have been slated to be debated by parliament by spring last year. However, despite having had two years to do it, the bill has not been introduced.

Those expats who are eligible to take part should as a matter of urgency make sure they are registered to vote. If unsure whether you are on the register, check with the electoral registrar at the last UK council where you were registered.

Even if you have previously been registered, you may have fallen off if you have not renewed your listing (which is supposed to be done once a year).

You also need to ensure that your UK council knows you need a postal or proxy vote if you will not be in the UK to vote.

Announcing the election, Mrs May said that Labour and other parties had been opposing her position on Brexit.

She said: “The country is coming together but Westminster is not. Labour have threatened to vote against the final agreement we reach. The Lib Dems have said they want to grind the business of government to a standstill. Unelected members of the House of Lords have vowed to fight us every step of the way.”

Mrs May had previously denied rumours she was planning to hold a snap election, saying “it is not going to happen”.

Liberal Democrat leader Tim Farron said to voters: “This election is your chance to change the direction of our country.

There is speculation that one reason for calling a snap election could be to defuse allegations – currently under investigation - that the Conservatives broke electoral spending rules in 2015. Up to 20 Tory MPs could be affected.