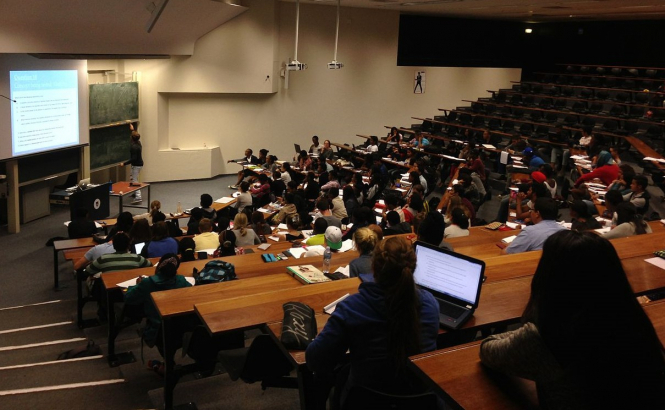 Britons living in France wishing to start studies in another EU country from 2021 will not have any automatic right to do so as they did pre-Brexit.

Unless there is an agreement to the contrary in the current, fraught, future relationship talks, they will be treated the same as any other non-European international student.

The EU has so far proposed flexible arrangements for students, but the UK has not and the talks are to end in the next few weeks.

This means these Britons will have to apply for student visas and residency cards and in countries which charge a higher fee to international students, this fee will typically apply. This is because once Brexit applies fully next year, Britons lose EU rights to free movement to study, work or retire in the rest of the EU/EEA.

Britons who are legally resident in France, however, will be able to study in France with the same rights as any other French student.

Study in other EU countries

UK nationals resident in France will still be able to apply to study in other European countries but generally classified as an international student. Each country can apply different rules to them.

For example, Belgium has always been a popular choice and its Flanders area has several courses in English and French costing €947.20/year for EU/EEA nationals and up to €6,000/year if you are a non EU/EEA citizen.

Living expenses are estimated at between €800-€1000 a month on average including accommodation.

Norway offers a few degree courses in English and several masters courses. Most universities do not charge tuition fees and international students are treated equally to Norwegian students.

The drawback is the high living costs and you will have to show you have funds to cover those before you will be granted a student residence permit.

Poland has a huge range of degree programmes in English.

Tuition is free for EU/EEA students but others have to pay on average €2,000 a year, depending on the course. It is a relatively cheap place to live and study and it is estimated a student can get by with an average of €400 a month plus accommodation costing from €100 - €500 a month.

You can access details in English for both European and non-European students in EU countries on this European website.

Rights in the UK

Students from EU countries who have already started courses in the UK can continue under the same conditions they began with, though if staying long-term those without British nationality will need to obtain ‘settled status’, the UK’s equivalent of the Brexit residency cards that will be issued to Britons in France. Students with EU nationalities will be treated as international students if starting a course next year.

England has decided that Britons living in France who wish to study in England from 2021 will continue to be eligible for home fee status and be able to apply for a Higher Education tuition and maintenance loan as long as their course starts before January 1 2028.

This is good news for anyone wanting to study in England as home status fees are a maximum of £9,250, but fees can be around £26,000 for international students, depending on the course.

However the person concerned should have been living in the EU/EEA before the end of the Brexit transition period. There is further information at this link. This means British families moving to France from January 1, 2021, will lose access to home fees if members wish to return to study in the UK.

The deadline for applications for UK universities next year via UCAS is January 15, 2021, other than Oxford and Cambridge which was on October 15, 2020.

It is still possible to apply up to June 30, 2021 but universities and colleges do not have to consider these applications. After that any application will be automatically entered into the Clearing system, with a final deadline of September 21, 2021.

There is no guidance yet from Wales, Northern Ireland or Scotland though the Student Awards Agency Scotland website says UK nationals who lived in Scotland before going to live in the EU/EEA or Switzerland will be eligible to apply to them for funding and the rule will apply for up to seven years after the UK’s exit from the EU.

Up until now Scotland has paid tuition fees for all EU students, but this will end with Brexit (for more, see here, under Questions and answers).