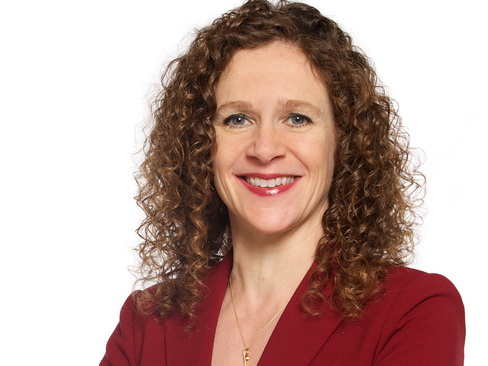 The taskforce, set up to fight for rights of citizens on both sides in Brexit, has tabled a parliamentary question after Britons, including Connexion readers, flagged up problems including people not being issued the full ‘permanent’ cards they are entitled to after five years in France, as well as some prefectures refusing to accept applications from Britons. An answer from the EU Commission is hoped to be imminent.

“The Commission will have to verify whether France is correctly applying EU law on free movement and citizens’ rights,” Ms in ‘t Veld said. “We’ll wait for the answer but I think they are very aware of the urgency of this issue and if they are not aware we will make sure they are.”

The question reminds the Commission that Britons remain full EU citizens, but says MEPs have “received multiple signals that their right to obtain permanent residence is not respected”. Officials have been in some cases acting as if Briton’s EU rights have been ‘suspended’ pending Brexit, the MEPs said.

“I think now, as things progress, we are getting a clearer image of what’s at stake and what the issues are,” Ms in ‘t Veld said.

“The big issue now will be to what extent citizens’ rights can be agreed and confirmed before the actual Brexit. At what point can be give people certainty? I have been saying to [EU chief negotiator] Guy Verhofstadt that this has to be settled no matter what happens; it can’t be part of the [negotiating] strategy. The 3 Million [campaign group for EU27 citizens in the UK] use the term ‘ring-fencing’ and I think that is a good way of putting it.”

Asked what happens if there is no Brexit deal, Ms in ‘t Veld said expats could be left at the mercy of their home countries’ governments. “However if that nightmare scenario happens there is nothing to prevent the EU and UK having a separate agreement on that specific issue and I would expect that. At the same time we don’t want to leave people with that degree of uncertainty, so we will be pushing very hard on this.”

She added: “One government is no worse than another, but Theresa May has been really astonishingly belligerent. We are negotiating between friends, we are not at war. We’ve been in the same family for decades so why are we using this tone of voice?

“Of course we’ll all have our own interests to defend, but this doesn’t help, it creates an atmosphere of animosity and the situation of citizens will be crushed between these two sides – which should be avoided.”

Acting in a “bullying” way would only achieve more “consensus and determination among the EU27”, she said.

Ms in ‘t Veld said she expected the European Parliament to start preparing a new resolution on citizens’ rights as soon as possible, but everything was on hold until the UK elections.

“I don’t really see what the point of them was – already to have only two years to negotiate something as massive as this is ridiculously short. To waste even more time is incomprehensible. Everyone was flabbergasted when she announced it.”

However Ms in ‘t Veld said Mr Macron’s election has created a new sense of hopefulness. “He was our [in the ALDE liberals and democrats group in the parliament] favourite candidate, so we are pleased. Of course he cannot solve all the problems of the world but it’s a very clear signal from the French people to the rest of Europe that elections can be won with a very progressive, pro-European message.

“For a long time political discourse was dominated by populist, nationalist, xenophobic, anti-EU, sexist, homophobic parties, and because they were so loud everyone had a feeling they were in the majority - but they aren’t.

“It’s a clear signal that the majority of people are still firmly behind the European project, even if they can still be critical of how it’s working right now.”

She said she wants “fundamental reform” despite being “a staunch pro-European federalist”.

“The EU today is an inter-governmental union which was created by six governments who had to deal with coal and steel. That model isn’t fit for the challenges of the 21st century.

“We need an EU that’s truly democratic, where citizens in the polling booths determine not only who will be their members of parliament but who their political leaders will be and what the policies will be.

“This has to be put in the hands of the citizens, whereas now it’s very much between civil servants and diplomats from the different countries.

“The only truly democratic element is the parliament that was created 30-40 years ago. We got full legislative powers gradually with successive treaties. Otherwise the Commission and Council still function as they did 60 years ago.

“The elections we have should determine not only who your MEP is but also, for example, the composition of the Commission. In national elections people vote for their MPs but that also determines the political colour of the government. But in the EU people can vote, say, green for the Parliament but then the Commission will be made up entirely of Conservatives, and that makes no sense.

“Or take the so-called ‘president’ of the EU, Mr Tusk. His nomination is the outcome of horse-trading of heads of government behind closed doors. There has to be a direct connection between the citizens and the people leading Europe, the citizens and the policies that they want. So that has to change dramatically."

Asked if there should be a reform so everyone has one identifiable MEP, as opposed to, for example, 10 for north-west France or 13 for the south-east, Ms in ‘t Veld said: “It all depends on what you are used to. In the Netherlands we don’t have a system of one MP for one constituency. We have a single national list and it’s purely proportionate, so you don’t turn to a specific MP if you live in a specific area.”

In the European parliament citizens may, for example, choose to contact a certain MEP because they share their political views or because of the MEP’s own centres of interest.

“The taskforce is a good example – I’m not a British MEP but people know where to find me,” she said.

Ms in 't Veld said some people think that because EU countries are all different, we cannot successfully integrate. “But that's nonsense. Member states themselves are internally very diverse but they function very well and some even have several languages. You can be culturally diverse yet politically united.

“What is more we are a community based on certain shared values, which are laid down in article 2 of the treaties, which is the most important article [they include such matters as respect for human dignity, freedom, democracy, equality, the rule of law and human rights].

“Until recently European integration has focused more on technical cooperation, but over the years the challenges that came at us, like refugees, terrorism, climate change, and also the internal market, forced us to take positions on ethics and values.”

A directive standardising rules on maternity leave was an example of this, she said. In once sense it relates to ‘values’, but it originated from employers and unions across Europe who called for it to help create a more level playing-field.

Another example is the respect for the rule of law, which she said was under threat in certain states such as Poland and Hungary. “If you cannot for example trust the independence of each other’s judiciary or cannot be sure corruption is dealt with effectively, it’s very damaging to the internal market or to police and justice cooperation. So values are what allow the EU to function.”

Asked what areas are of greatest interest to her – apart from the taskforce – she said: “Democracy, the rule of law, fundamental rights, equal opportunities, LBGTI rights, privacy and data protection, counter-terrorism as well as economic issues like Fintech payments, retail finance and pensions...

“As for the taskforce, I really hope I can contribute something and I will do my best.”