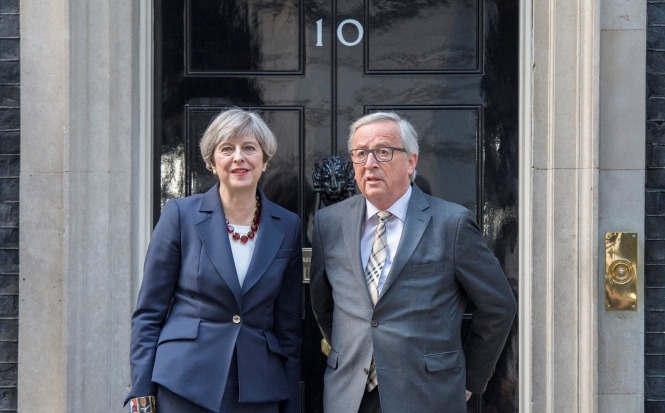 Leaders of the EU27 have agreed a united negotiating position over Brexit at a special summit in Brussels, and have warned Britain that 'nothing will be free' during talks.

The British government will be told trade talks can only begin after 'sufficient progress' has been made on key 'divorce terms' such as citizens’ rights, the exit bill which is estimated at €60bn, and the Irish border when the formal negotiations begin in June after the UK general election.

Officials reportedly hope that the status of the three million EU citizens in Britain and the one million Britons who have made their homes across Europe will be resolved by the end of the year.

European commission president Jean-Claude Juncker told reporters at the summit: “We have prepared a text that could be adopted immediately if our British friends would be willing to sign it.”

EU President Donald Tusk said the EU needed, 'solid guarantees for citizens and their families, who will be affected by Brexit on both sides'.

"This must be the number-one priority for EU and the UK," he said.

Britain was also warned that negotiations would be tough.

Arriving at the summit, outgoing French President François Hollande said: “There will inevitably be a price and a cost for Britain, it’s the choice they made. We must not be punitive, but at the same time it’s clear that Europe knows how to defend its interests, and that Britain will have a less strong position outside the EU than in the EU.”

German chancellor Angela Merkel said the EU27 wanted 'good relations' with Britain but added: “We also want to defend, at 27, our common interests -- so far we have done extremely well.”

She had earlier accused some in the UK of being 'deluded' over the direction of the negotiations, prompting UK prime minister Theresa May, who is currently campaigning in a snap general election, to accuse the EU 27 of 'lining up to oppose us'.

Luxembourg's Prime Minister Xavier Bettel questioned how winning the general election would strengthen Mrs May's hand during negotiations. He said: “It’s an internal problem she wants to resolve in the Conservative party, not to have a 'hard Brexit' or a 'soft Brexit, but 'Theresa’s Brexit'.”

The European Council meeting involving the 27 members of the EU other than Britain is the first official Brexit summit since Mrs May triggered Article 50 a month ago.