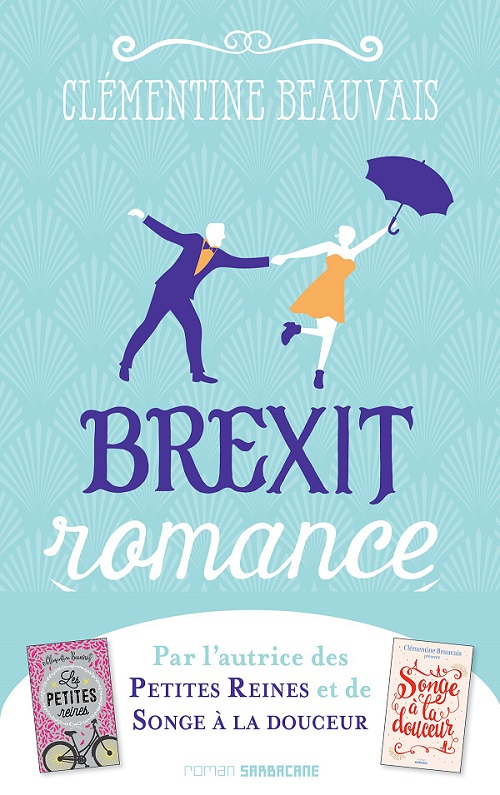 Brexit Romance was inspired by Clémentine Beauvais’ friends, many of whom are continental/British couples.

She said: “We were joking that it’s time to get married so the British ones can keep European citizenship. I think a few did get married who hadn’t intended to before.”

The book features an eclectic cast, from a 17-year-old French opera singer and her communist singing teacher to a handsome young lord, and tells of a student who sets up an app business, organising marriages of convenience.

When asked if she would marry a Briton to help him keep EU nationality, Dr Beauvais, 29, said: “No, I’m a marriage sceptic but if there was one good reason for it, it would be residency.”

The book does not go into the technicalities of marriage and residency law but it explores issues of “what it means for young people in Britain to be stripped of a part of their identity” and tries to understand why some voted for it.

“Many people expressed outrage about the vote, but I felt a lot of class judgment was passed. A novel lets you explore different views without giving credit to any one in particular – Europhile Londoners, anti-austerity people in Doncaster, right-wing Ukippers… I gave an overview.”

Dr Beauvais moved from Paris to Britain 12 years ago and says she loves York, particularly its “tiny size”, which she prefers to big city life.

She was surprised by Brexit but not as shocked as London friends because she had spoken to locals who planned to vote Leave. “I thought we should have seen it coming more than we did.”

She said one problem was that many people did not even vote “because they didn’t care that much”.

“After the vote, I and my colleagues were mortified but some students seemed indifferent and asked ‘Oh, is it going to be a problem for you then? Will it change something?’. They didn’t mean anything bad, but hadn’t voted because they didn’t feel it affected them.”

She thinks it is partly explained by the the fact that in France you often see EU flags on buildings and plaques about funding help, so you understand benefits of EU membership, and you are taught in school that you are a French and an EU citizen - unlike in the UK.

Dr Beauvais said the book – which she hopes will be translated into English – is doing well.

“For French people it’s a funny subject because they’re not directly affected. They see Britain as an odd place anyway, full of crazy people, which makes wacky decisions.

“But having lived here so long, one reason I was surprised by Brexit is because I don’t see it as somewhere  that takes irrational decisions quickly and intensely and to me there was an aspect of tragedy, not just comedy, which most French people don’t get.

“I got a poignant email from a British reader who cried at the end because the subject was so emotionally loaded. It’s a safer read for a French audience.”

Dr Beauvais said attitudes of the French in the UK show a divide between those with a more expat mentality and those who are integrated, and between London and the regions.

Many in the capital live in a French bubble and their reaction to Brexit is “utter incomprehension”, but the French in the provinces are more ambivalent.

Dr Beauvais is applying for British citizenship because she has just met the conditions. “I wanted it as soon as I could because it was symbolically important to me. But when Brexit happened I didn’t like the idea that now I ‘had’ to do it, plus the fact the country had just done that. But I also want to be able to vote.”

She said her identity is now “absolutely dual” and she has no intention of moving back. “Many times people have said ‘Do you not want to go home?’. But I am home. Home is here.”