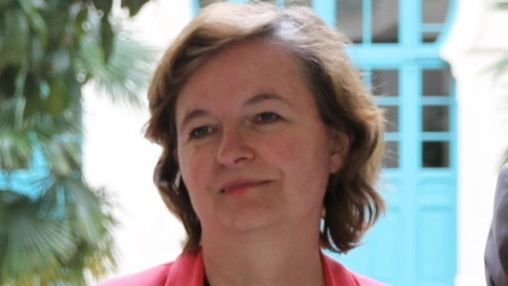 Part of the aim of the summit is to boost twinning between British and French towns, but Mrs Loiseau, quoted in The Guardian today, also says she wants to protect the close relationship and “would not like to see a no-deal Brexit creating bitterness, anger of hostility…one good reason why I’m taking part… to make sure relations remain extremely close in the future.” She said she worried a no-deal could lead to “British bashing in France and French-bashing or European-bashing in London”.

A spokesman for France Urbaine, which represents large French towns, Kader Makhlouf, said: “It’s a way of showing that whatever scenario we have in a few weeks’ time, relations between French and British towns are strong and old and will continue in the future whatever happens, with or without Brexit.

“There are an enormous amount of twinnings already and a lot of French towns have mobilised for this events, many mayors are here in London, so it’s an important occasion to show this friendship and these links. The presence of the ministers also shows these strong links.”

He added that in his view relations had not changed between the British and French for now. “There’s perhaps a little bit of apprehension, but that’s normal,” he said.

Mrs Loiseau’s ministry states the summit aims at enabling mayors and local councillors to create new partnerships to respond the today’s shared challenges. It says she will also be speaking to members of the French community in the UK today, which is one of the world’s largest, and will stress how important it is to her they should keep their rights after Brexit.

The ministry says Mrs Loiseau will tell Brexit Minister Stephen Barclay (as EU negotiator Michel Barnier said last week) that the withdrawal agreement cannot be opened again but there is room for changes on the plans for the future UK/EU relationship. She will also say that France cannot accept an extension of the article 50 period without “clear and credible perspectives”.

She  will also meet with Labour’s shadow Brexit minister Keir Starmer and with pro-EU Conservative MP Dominic Grieve, and will make a speech at the London School of Economics, about Brexit, the future of the EU and bilateral relations.