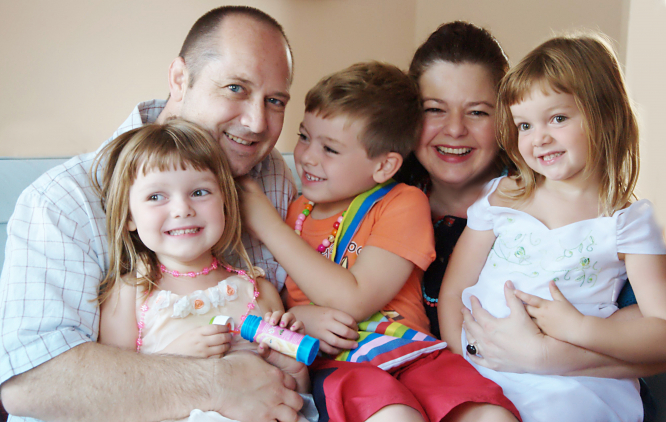 An amendment to a new British Immigration Bill that would have exempted these Britons from means tests was withdrawn.

It had been lobbied for by the British in Europe (BiE) coalition and was put forward during a ‘committee’ stage in the Lords this week. BiE said they will push for it to be reintroduced at a later stage.

Within the EU, European citizens have the right to move freely, taking with them any foreign spouse, civil partner or children (or others such as dependent parents). However under ordinary British immigration law, Britons may only bring in a foreign family members under a means test (see more below) - at present this only affects those bringing family from other parts of the world.

Under the Immigration Bill this standard rule will apply also to Britons living in the EU from March 29, 2022. After that, a Briton wanting to live in the UK with foreign family members will need to move to the UK and become established, have sufficient income, then bring over their family.

BiE say it is unfair to apply this retrospectively to Britons covered by the Brexit Withdrawal Agreement (WA), ie. those established in EU countries before the end of 2020.

They say it will also put them in an unequal position compared to EU citizens in the UK, who could in future freely return to their countries of origins with a British spouse. EU citizens in the UK will also have enhanced rights to bring their EU family members over, as part of the WA deal (as Britons in the EU will have, with regard to bringing British family members to the EU countries where they live).

A Conservative peer, Lord Flight, formally moved the amendment, but then withdrew it later after a speech by a fellow Conservative minister, Baroness Williams, though adding: “I hope the Government will look at this in greater detail and see whether a slightly more generous package cannot be made available for British citizens.”

Moving the amendment, Lord Flight had stated that if nothing changed, Britons would face means tests that would be “beyond the reach of many”.

“If they need to return to look after elderly parents, thousands will now have to choose between returning alone, leaving their family behind or abandoning their parents to stay with their non-British family in the EEA. Nobody should have to face such a choice.”

He added: “When they left their homes in the UK to move to work in the EU or the EEA, they were safe in the knowledge that if they established a family while abroad, they would be able to bring them back to the UK. The British parents they left behind in the UK had the same expectation. There have been noticeable reports of widespread anxiety, among both the young and old, regarding what will happen if the parents need their children to care for them.”

Baroness Bennett (Green) said that many people affected by this rule in the UK already – those with family from other parts of the world outside the EU – find that the means requirement is little known.

She said their friends and colleagues tell them: “…this surely cannot be right – surely a British person can live in their own country with their foreign spouse or partner and/or their children. They are British; that must be a right.”

Baroness Williams said the UK had decided that allowing Britons until March 29, 2022 to bring back family under EU law terms was sufficient, as it would be “three years after the date when the UK was originally supposed to have left the EU” [editor's note: the UK in fact only leaves EU rules in reality after December 31, 2020 when the transition period ends].

It was therefore “not retrospective”, she said.

If the amendment was passed then Britons’ EU family members would “continue indefinitely to bypass the immigration rules that would otherwise apply to family members of UK nationals”, Baroness Williams said.

Baroness Hamwee (Lib Dem) said: "My Lords, I simply ask the minister what she would advise a couple, one British and one an EU national, who both have elderly parents. She is suggesting that they should pick between them for future care by the end of 2022. Is this really a humane approach?"

British in Europe responded to the withdrawal and the minister's comments on a Twitter thread, saying: “So let’s get this straight: you are taking away rights from your citizens and when they want them back, you accuse them of trying to bypass the rules!”

The shallowness of the Government's removal of the right of #UKinEU to return with EU families was laid bare in yesterday's debate on the Immigration Bill.

What is the British means test for foreign family members?

To bring a foreign spouse/partner and/or foreign children to the UK a Briton needs to have earnings of over £18,600 (€20,700) plus £3,800 for a first child then £2,400 per child. The test does not apply to any children who have British nationality.

Earnings of the foreign spouse are not counted, unless in the unlikely situation that the spouse had already been earning from a job in the UK for at least six months.

Savings, including those of the spouse, can help towards the test of they are over £16,000. A person needs £16,000 plus £2.50 for every £1 that their income is below the financial requirement.