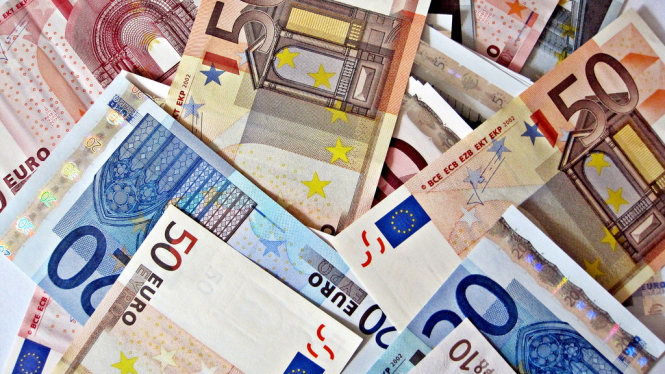 The outcome of the French election could have far-reaching effects on the economy, says Mathilde Lemoine of Edmond de Rothschild bank
By Oliver Rowland

Mathilde Lemoine, group chief economist for Edmond de Rothschild bank, told journalists that the safest choice for the economy would be centrist candidate Emmanuel Macron of En Marche!; on the other hand a vote for either of the more ‘extreme’ candidates could cause alarm among investors in France worldwide, she said.

She also spoke about the broader outlook for the French economy and the effects of Brexit on the French and British economies and on the euro and sterling currencies.

Speaking at the Top Marques show in Monaco’s Grimaldi Forum, Ms Lemoine said: “If the probability of their election increases after the first round the first measure will be capital control to stop any ability for France to borrow. It means that the state will cut public spending immediately, pushing down GDP growth and banks could face bankruptcy because they wouldn’t find any financing. The European Central Bank (ECB) and other euro zone countries could help, as for Cypress Bank, but France would have to accept new rules and if it doesn’t, no one will help.”

The problems would be redoubled if either was elected, she said.

“My best guess is we will have a second round without Le Pen or Mélenchon… the best case scenario.

“As for the other candidates, I think the Franco-German relationship is key.

“Previously the spread between the German sovereign bond interest rate and the French interest rate widened sharply due to a crisis between Merkel and Sarkozy.

“So I think the French interest rates could rise sharply if there is a misunderstanding between the French and German governments, so Macron would help the French economic situation because foreign investors believe that he wants to develop the Franco-German relationship.

“They are in favour of him because they think the financial markets will be boosted by him being elected.”

Broader outlook for France and the euro

Leaving aside the uncertainties of the election in France, she said with current trends she expects GDP growth will continue to accelerate slightly in France this year.

She also predicts the euro will strengthen due to reinforcements that were made to the financial architecture of the euro zone and euro since the financial crisis, such as the creation of a euro zone version of the International Monetary Fund (IMF) to help countries through the crisis, and the decision to have banking union in the euro zone which will add transparency and encourage investors to invest in the euro zone (this refers to the transfer of responsibility for banking policy from the national to the EU level in several countries of the EU, including France).

Quantitative easing (introducing new money into the money supply) has also improved the credibility of the ECB, she said. This has helped the euro zone to be more independent of influence from US monetary policy.

What if France went back to the franc?

Ms Lemoine said going back to national currencies – such as the Front National proposes – would not give more ‘sovereignty’; it would just return France to a situation where, as before the euro, it was dependent on US monetary policy and the German Bundesbank. In comparison, because it contributes to the ECB’s capital, France can discuss policy with the ECB’s governing board.

She said: “The euro gives European countries some independence from the US and also from the UK, which is one reason the euro will not depreciate too much following Trump’s election and Brexit.

“France is too small to have its own monetary policy. If we went back to the franc, French interest rates would follow US ones and it would kill GDP growth. Monetary independence is important so as to be able to set interest rates at the right level.”

Ms Lemoine said under current rules if France went back to the franc Monaco would also follow, though she said it was possible the rules could evolve if necessary.

“However I don’t like to focus on just one aspect, because it would be so terrible that the whole economic relationship would have to be reinvented.”

“Therefore the main risk for France could be if there is a political crisis after Sunday, there is a risk of capital control or limited access to cash money as happened in Cypress, because France has to borrow a lot of money every quarter, every month, every week, every day. If investors are afraid about the French economic situation they may stop financing the French state and companies and banks.

“The ECB and other euro zone partners could help thanks to the ‘TARGET2’ mechanism, it’s technically possible, but it would not be enough in my opinion.

“So the different tax policies of the candidates, for example, are not so significant as the potential negative impact of, for example the programmes of Le Pen or Mélenchon.

“We must understand that France needs foreign investors whatever the politicians are proposing.

“During one year the financing needs of state and companies are around €125bn and French households save only €73bn.

“So, France needs external finance, France would lose monetary policy sovereignty and the risks are sharp depreciation, inflation and poverty. I think it would be a mess.”

Brexit and the outlook for the UK

Ms Lemoine said because of the way the euro has been reinforced and because the UK’s situation is broadly similar to France’s – it needs external financing – these factors may put downward pressure on sterling and it could continue to depreciate against the euro, perhaps 10% down by the time the UK leaves the EU.

“Its current account deficit will put downward pressure on it [value of imports greater than value of exports] and, I think, the euro will continue to reinforce and that will help the financial sector to develop in the euro zone.

“The fact that the ECB is now able to buy bonds in small and medium-sized businesses will also develop the Eurobond market and I think also good news may come with the creation of a ‘bad bank’ [https://www.bloomberg.com/view/articles/2017-03-06/a-bad-bank-could-be-good-for-europe] to put non-performing loans of the euro zone, which should help euro zone GDP.

“However I think the UK and the euro can continue to live together even if the links are not the same, and it’s not necessarily the case that if one does well the other will be worse off – it’s just possible both can develop without the UK being in the EU.”

Ms Lemoine said the outlook for the election in the UK might fuel the hypothesis of a ‘soft’ Brexit, and that might help sterling to temporarily appreciate.

“Every declaration about the Brexit affects sterling. However I think Mrs May will try to continue on the ‘harder’ Brexit line.”