MPs must be decisive to fend off no-deal – Barnier 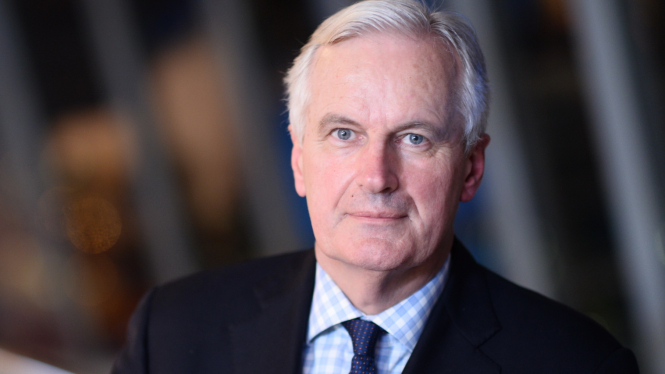 It is time for decisions if British MPs want the UK to leave with a deal, says Michel Barnier
By Oliver Rowland

Speaking to France Info radio and television yesterday, Michel Barnier said it was the British who had chosen the date of March 29 to leave the EU, by triggering article 50 on that date in 2016 knowing there was a two-year countdown. However as yet a no-deal Brexit was still only a “possibility – not yet a probability”, he said.

In the interview, of which we have translated extracts, Mr Barnier said he was doing everything he could, with the support of EU heads of state and institutions, to end up with a deal, accepted by the British MPs. In particular he said they were seeking to show that “we don’t want to maintain this famous ‘backstop’, this guarantee on Ireland, eternally”.

Mr Barnier said there were “innumerable” consequences to Brexit and the withdrawal agreement contained “600 pages that on hundreds of subjects provides legal answers or provides guarantees in areas where Brexit creates, like any divorce, uncertainties”.

“Now it’s up to the British government and parliament to assume their responsibilities and the consequences of the decisions they took, which we regret,” he said. “I regret Brexit and don’t see any added value in it at all. It’s lose-lose.”

“Our biggest strength with regard to President Trump or the Chinese is the reality and integrity of the single market.”

The withdrawal agreement cannot be reopened, he said, however the EU is open to wide-ranging changes to the political declaration on the future UK/EU relationship.

“If tomorrow the British want to be more ambitious and not just be satisfied with a free trade agreement with us, but to have a customs union, or perhaps even more, we are ready to negotiate.”

As for a possible extension to the Brexit deadline, he said the UK would have to ask for it and the 27 heads of government would have to all agree. The first question they would ask is ‘what for?’ which would determine how long such an extension could be.

He said they would want reassurance that they would not just find themselves in the same impasse again, for example, in a few months’ time. So far there had so far been no discussion as to what time limits might be set.

Above all, Mr Barnier said, what was needed was “decisions” rather than “more time”. The MPs must realise that “if they really want to leave in an orderly way, it’s with this treaty and no other. Otherwise it will be a disorderly exit with more serious consequences”.

He added that France had now taken a lot of concrete measures to prepare itself for a no-deal, which was “a risk that’s getting more serious as the days pass”.

“Everyone is preparing themselves for this hypothesis that no one wants, so the EU will be ready. There will be contingency measures that will be taken unilaterally by we Europeans. “For example we will put Britain on a list of countries which do not require visitor visas, but they must act reciprocally, and ports are taking action – they will need to do new checks, have new inspectors and infrastructure.

“This is not theoretical, it’s about things affecting daily life, health and safety, keeping animal illnesses under control, quality of products, fighting against counterfeits. All products coming across our external borders are checked. There’s the question of tariffs, which affect our budgets, and quality and standards, to protect consumers and businesses.”

Mr Barnier said a no-deal would have serious consequences for both the UK and EU, but they would be heavier for the UK “that isolates itself, that’s chosen to be alone rather than in solidarity”.

He said: “We’ll still have the single market and 50-60% of our national exports, sometimes much more, go towards the single market, and will continue to. This big market of 500million, soon to be 450m, of citizen-consumers that’s our economic basis and which means that the Americans and Chinese are obliged to respect us.”

Asked about a possible second referendum he said it was not his place to comment but that British politics is “quite stimulating” and he follows it “attentively”.

However the key thing now, he repeated, is a decision on the withdrawal agreement, then the future relationship which he said could take another two to four years to negotiate.

On Northern Ireland Mr Barnier stressed the need to avoid a hard border so as “to preserve peace and stability” but said it was important that checks could be done because otherwise goods could come into the UK from around the world and then to the EU through Ireland, and it was necessary to protect EU consumers.

He said: “I was recently in a little community in Derry, in the south, with a group of women who work on either side and some were in tears saying ‘do something so it doesn’t go back to how it was 25 years ago’.”

As soon as the withdrawal agreement is signed off they can work on the border problem, either as part of the future relationship or as a stand-alone agreement, he said. In the meantime, the ‘backstop’ plan was needed, by which the UK would remain in the customs union to avoid the need for checks.  However it was causing controversy despite the fact the UK had suggested it, he said.

“They are refusing, saying we want to keep them in the same customs territory indefinitely, which is not our view.”

Speaking about the rise of populist, nationalist parties across Europe, Mr Barnier said he had been hearing much less from them about leaving the EU or euro zone. It could be that the Brexit negotiations had made it clearer that there are differences when you are inside or outside the EU, he said.

He added we should also make a distinction between real concerns of the people and populist parties that exploit them.

““There are lessons we must draw from the social, regional anger that’s expressed all over the place, often directed against Brussels and Europe, not always rightly, against effects of globalisation. It was expressed, at first, here in France by the gilets jaunes.

“Politicians in each country – and I think Macron is on board with this – need to listen, understand and respond.

“The feelings that were expressed in the UK through Brexit, it’s not just about people from the City or people with certain ideas – it’s often about a social anger, the feeling of being abandoned, of not being protected by Europe, the feeling that we’ve got no future because there’s no industry.

“There are responsibilities in Brussels, in the last 30 years, notably in excesses of free market capitalism and in a certain naivety in matters of trading relationships, but that’s over now and lessons have been drawn.”

He added: “There are national responses at play too – no one obliged France to abandon a part of its industry, Germany didn’t do it nor did the Netherlands or Italy. There are regional responses in terms of public services, rail networks and medical services, and local responses such as encouraging the use of local products or internet cover in blackspots.

“We do need to respond to the sense of exclusion, to rebuild links.

On the coming EU elections, he said: “What interests me is that my country, as it is today under the impetus given by President Macron, remains a great country at the head of the European project, and of reforming and explaining it.”

It was going to become more and more necessary for all parties situated towards the political centre to work together, he said.