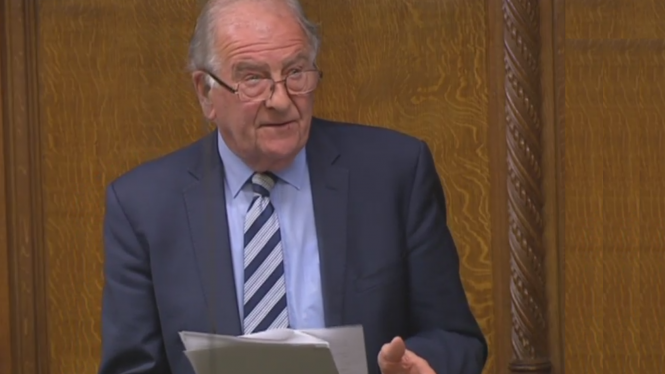 The issue could affect Britons after Brexit and the hardship suffered by some ‘frozen pensioners’ was raised in a – poorly attended – debate as part of ‘backbench business’ yesterday. MPs agreed a motion (formal proposal) asking the government to ‘take the necessary steps’ to withdraw the annually-renewed freezing regulations, which mean many expats’ pensions never go up.

While there is no obligation for the government to act, it gives a renewed urgency to the issue which affects more than half a million expats around the world, especially in Australia and Canada – but which could also affect Britons in the EU, unless agreed otherwise in the article 50 negotiations.

Outside the UK, recent figures showed 542,565 pensioners whose pensions are frozen. A total of 474,721 Britons in the EU have them uprated due to EU single market rules, while another 189,334 have uprating because they live in one of 16 places (around half being small islands) with bilateral agreements on pension uprating with the UK. No such agreement has been signed since 1981.

During the debate MP Sir Roger Gale (Con) who chairs an all-party MPs’ committee on frozen pensions, said it led to ‘ludicrous’ situations: “A British pensioner living on one side of Niagara Falls, in Canada, receives a frozen pension while another living just a mile across the falls, in the United States, has their pension uprated every year. Additionally, some Caribbean islands enjoy uprated pensions, while other small countries and overseas territories do not.”

Now the same issue is “rearing its head” due to Brexit, he said. “Will there be 27 different agreements, or one blanket one? Will EU pensioners find their pensioners frozen like those in Canada, Australia, New Zealand, India and other countries? Surely now is the time to put all expat pensioners who have paid their dues on an equal footing.”

He said governments have previously claimed uprating would “cost billions”, however, he said the version the all-party committee supports – uprating moving forward - would cost “just £33million” this year. This refers to applying the uprating formula (2.5% this year) to the pension the person already receives, not putting it up to what they would have received in the UK.

Pensions Minister Richard Harrington said the rules on uprating were straightforward and had been the same for 70 years – there was no uprating where the government had no legal obligation to do it. He estimated the costs of “uprating all state pension payments in full” to be an extra £500m per year, which he said could not be justified.

He said when people move abroad pension entitlements are usually part of the calculation they make before doing so.

MPs are now debating @CommonsBBCom Motion on state pensions payable to recipients outside of the UK. Watch https://t.co/KkvXWFqGZb https://t.co/FrSzoc507z

Regarding Britons in the EU he said: “The Prime Minister has made clear that securing reciprocal rights is one of the top priorities. The rights and entitlements that will apply following the UK’s exit, such as those relating to the UK state pension paid to individuals living in member states, are subject to the wider negotiation on our future relationship with the EU. The government have made it clear that we plan to strike an early agreement on the rights of EU citizens living in the UK and, obviously, vice versa. As the Prime Minister has said, it is in no one’s interests for there to be a cliff edge when we leave the EU, so the current laws and rules will, wherever practicable, continue to apply, to give certainty to individuals and businesses.”

However Sir Roger, who presented the motion, said: “There is an injustice, and my honourable friend the minister knows that. To say that the situation has been widely publicised and that it has been the same for many years does not make it right. It has been wrong for many years, under successive administrations. It will go on being wrong, and people like me and my colleagues will carry on until we get a resolution.”

He asked that the minister discuss with the secretary of state for work and pensions putting removal of the freezing policy into the Conservative manifesto as an election pledge. “That would enable us, when we come back in June – I hope that we, at least, will be coming back – to put this issue to bed and allow half a million people living in retirement around the world to sleep more soundly.”

Among the UK parties, abolishing pension freezing has the most backing from Labour and the SNP. Connexion will be looking at the parties’ official policies on this, and other issues, when their manifestos have been finalised.