Ryanair warns of UK flights cancelled due to Brexit 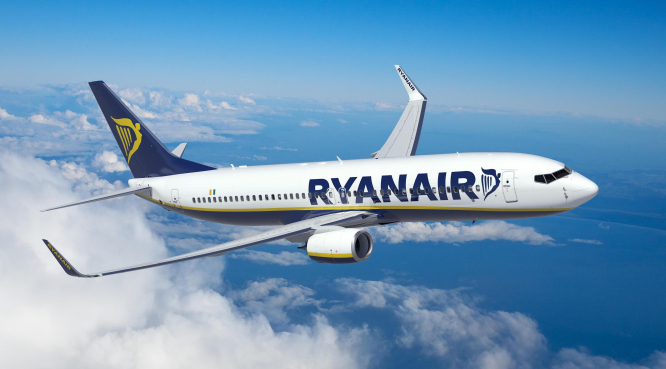 Ryanair has warned that if the UK fails to maintain the European Open Skies agreement in the Brexit negotiations it “may be forced to cancel flights and move some, or all, of our UK based aircraft to Continental Europe”.

The warning came as the low-cost airline said it could cut fares by up to 9% on some routes later this year which, with EasyJet and Wizz Air saying the same, could spark an air price war.

Ryanair revealed pre-tax profits up 55% to €397million in the second quarter, although this was skewed by having Easter included. It reported passenger numbers up 12% to 35million.

Brexit fears have already caused EasyJet to announce it is setting up EasyJet Europe to be based in Austria. Without this Austrian licence it would not have been able to continue flights on intra-EU routes.

Ryanair warned that continuing doubts over the Open Skies agreement could hit its ability to plan schedules for 2019.

Chief executive Michael O’Leary has already said there was a “real possibility” of flights between the UK and EU stopping after Brexit and chief commercial officer David O'Brien it would relocate 85 aircraft from Britain to other European airports.

Airline routes are planned nearly 18 months ahead but Ryanair said that if there was no clarity it would not be able to publish its summer 2019 schedule as planned in the second quarter of 2018.

In a statement, the company said: “We remain concerned at the uncertainty which surrounds the terms of the UK’s departure from the EU in March 2019.

“While we continue to campaign for the UK to remain in the EU Open Skies agreement, we caution that should the UK leave, there may not be sufficient time, or goodwill on both sides, to negotiate a timely replacement which could result in a disruption of flights between the UK and Europe for a period of time from April 2019 onwards.

“We, like all airlines, seek clarity on this issue before we publish our summer 2019 schedule in the second quarter of 2018.

“If we do not have certainty about the legal basis for the operation of flights between the UK and the EU by autumn 2018, we may be forced to cancel flights and move some, or all, of our UK-based aircraft to continental Europe from April 2019 onwards.

“We have contingency plans in place and will, as always, adapt to changed circumstances in the best interests of our customers and shareholders.”