Theresa May likely to be replaced by Brexiteer 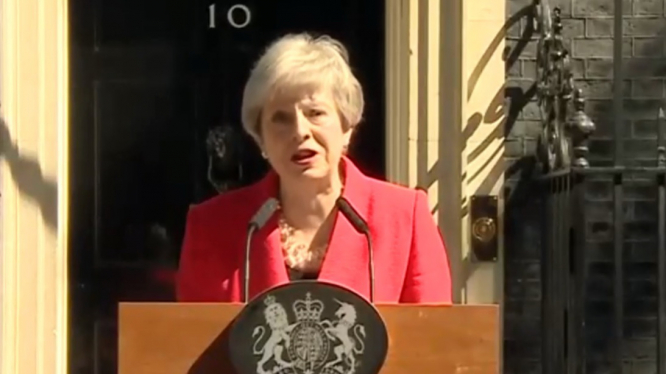 President Macron hailed her "courageous work” but called for “rapid clarification” about what it means for Brexit.

For Britons in France it may be the last nail in the coffin for the negotiated deal, with which Mrs May has become closely associated, leaving a binary choice: no-deal or remain. The latter would require the British government to revoke article 50, perhaps after another referendum.

Mrs May had offered an MPs’ vote on a referendum as part of a Withdrawal Agreement Bill implementing the deal in UK law, that was set to be presented to Parliament today but it has now been shelved.

Speaking in front of 10 Downing Street Mrs May, who voted Remain and originally said the UK was best off in the EU, said she had ‘done her best’ to ‘honour the result of the referendum’, but had failed to convince MPs to back the deal.

“It is in the best interests of the country for a new prime minister to lead that effort,” she said.

She will therefore resign as Conservative leader on Friday June 7, so a successor can be chosen.

The process for electing one will start in the following week. It involves selection of two candidates by a ballot of Conservative MPs and then a vote by the party members.

The leader of the party with a majority in Parliament is automatically prime minister.

Mrs May said it was “a matter of deep regret that I have not been able to deliver Brexit”.

“It will be for my successor to seek a way forward,” she said.

They would have to find consensus in Parliament where she had not.

It could only be reached if those on all sides of the debate were willing to compromise, she said.

Most of the Conservative politicians whose names are being discussed as possible replacements as prime minister are Brexit supporters.

This comes after Britain went to the polls in the European elections which are expected to show strong support for the Brexit Party and a poor result for the Conservatives when the results are known in the early hours of Monday.

He is the favourite among the party members but was not considered to have performed well as foreign secretary and may not be selected by his fellow MPs. He is supported by hardline Brexiteer MP Jacob Rees-Mogg and commentators think he might be willing to propose a so-called ‘managed no-deal’ approach.

One of the architects of the Vote Leave campaign, he also worked as a Brussels correspondent as a journalist for the Telegraph in the 1980s and 1990s, filing stories on topics such as a “threat to British pink sausages” or an alleged ban on prawn cocktail flavour crisps.

Minister for the environment and a Brexiteer, he is however said to be disliked by some on the hard Brexit fringe for staying loyal to Mrs May.

She has just resigned from the position of Leader of the House of Commons due to opposition to Mrs May’s handling of Brexit, notably her proposal of a vote on holding another referendum. Has said the UK’s continued membership of the EU is “disgusting”.

The former Brexit minister has plenty of supporters and an advantage of youth compared to Mr Johnson, as he is aged 45 whereas the latter will be 56 next month.

The health minister and former culture minister, 40, is considered a middle of the road Conservative in his views and to be generally competent.

The foreign secretary campaigned for Remain in 2016 and would have a moderate Brexit stance.

The home secretary has not officially said he plans to run but the 49-year-old is thought to be potentially a popular choice. His decision to strip a jihadi bride wanting to return to the UK of her citizenship boosted his popularity with some of the membership.

She left as work and pensions minister in protest over Mrs May’s Brexit deal. Among those with the strongest pro-Brexit views. Says the next leader must “believe in Brexit”.

International development minister. Described as a keen brexiteer but liberal on social policies.

The work and pensions minister is considered an outside choice as she is a leading remainer. Resigned as Home Secretary last year over the ‘Windrush’ scandal.

The chief secretary to the Treasury says the party needs to ‘reinvent itself’. Her politics tend towards libertarianism and the free market.