We should approach Brexit negotiations as friends and neighbours – British ambassador 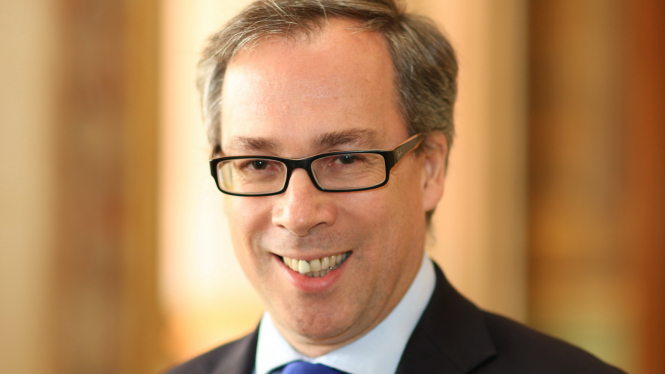 “As you know, last week, the Prime Minister, Theresa May, wrote to Donald Tusk, the President of the European Council, to give formal notice of Britain’s intention to leave the European Union under article 50 of the Lisbon Treaty.

This is an important moment but it is also one which brings with it some uncertainty both for our French friends and for the vibrant British and French communities living on either side of the Channel. So I want to address some of that uncertainty, and explain why I see this change not as a divorce but as the opening of a new chapter in our friendship.

First, I would like to underline to all British citizens living here in France, as the Prime Minister has repeatedly made clear, we want settling your status to be a priority in the talks that will now begin. In the meantime of course it’s important to remember that your rights – to healthcare, employment and so on – have not changed.

A second important point that I want to stress is that while the UK will be leaving the institutions of the EU, we are not leaving Europe. We remain a European country, and we plan to stay fully engaged Europe in the years ahead.

We want the European Union to be strong and successful. We will remain a close friend and ally – only this month French and British forces are deploying together to Estonia as part of Nato’s enhanced forward presence.

We will play our part to ensure that Europe is able to project its values and defend itself from security threats. And we will do all we can to help the European Union succeeds.

That is why we are seeking a new deep and special partnership with the EU. One which allows us to continue to have a strong economic relationship so that we can all prosper, but also to work together to keep our continent safe and secure. A partnership of values and interests which works in the interests of the UK, France, the EU and the wider world.

So what does this new deep and special partnership with the EU mean for the UK and France? Quite simply it means a new chapter in our close friendship and cooperation in so many areas:

Our commercial links, where current trade is worth over 50 billion euros annually and investment supports 500,000 jobs in our two countries.

Our strong cooperation on defence and security.

Our shared values and alliance in defending them.

We face the same global threats from terrorism and extremism and that message was only reinforced by the terrible terrorist attack in London, in which, sadly, three French lycéens were also injured. Our two countries’ very strong cooperation on this and other recent attacks underscores how as friends and allies we work incredibly closely together.

But the UK’s relations with France go far wider than the close cooperation between our governments and are much older than our time in the EU.

We are not only allies but neighbours – with interconnected cultures, histories and societies. Twelve million British visitors come to France every year, 18,000 French students study in the UK, and every day 60,000 people pass through the Channel Tunnel.

That is a human reality, which makes ours a unique relationship.

When the Duke and Duchess of Cambridge came to Paris two weeks ago for a very warm and memorable visit, they launched a new campaign – Les Voisins (lesvoisins.shorthand.com) – to celebrate those enduring human links.

I know that the next two years of negotiation will bring challenges, but I am confident that if we approach the discussions in a constructive spirit as friends and neighbours looking to the future, as we intend to, then we will succeed and our Franco-British partnership will go from strength to strength.”