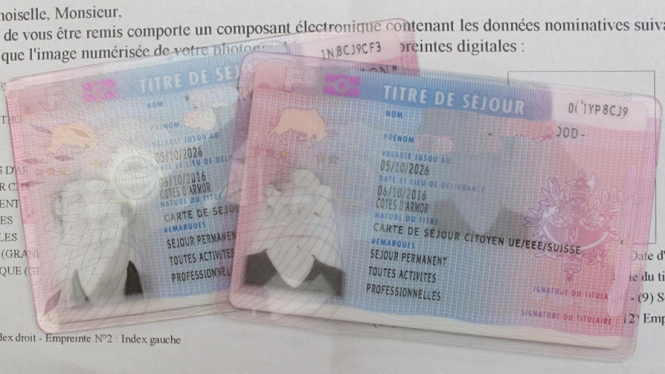 The latest information on no-deal preparations provided to the EU by France says that a “specific system for dealing with applications is being worked out so as to be able to process residency card requests from the 152,000 British people known from census reports to be living on the French territory, without clogging up the administrative services”.

This also aims at “simplifying and facilitating the formalities that British people and members of their families will have to carry out”.

The French government is therefore considering the possibility of British people being able to carry out the formalities online and receive their card at home, French officials told the EU.

This comes as it has been confirmed in a French government ordonnance (order) and a follow-up décret (decree) that British people after a no-deal would have to apply for one of the ordinary residency cards for non-EU citizens (but with lighter requirements to obtain them and no need for a long-stay visa).

The note to the EU also confirms the cost of €119 as Connexion reported in our April edition, which the French officials confirmed has been ‘reduced’ compared to the usual cost of these cards for third country (non-EU) citizens which is at present €269 (the original ordonnance indicated a cost aligned with the usual one). The amount combines a '€100 tax' referred to in the decree plus a €19 administrative fee.

Groups for the British in France think the 152,000 figure, based on Insee records, may be an underestimate. In past years the British Embassy used rough estimates of anything up to half a million Britons in France.

12 hours ago
4
Covid-19: What is known about the Indian variants in France